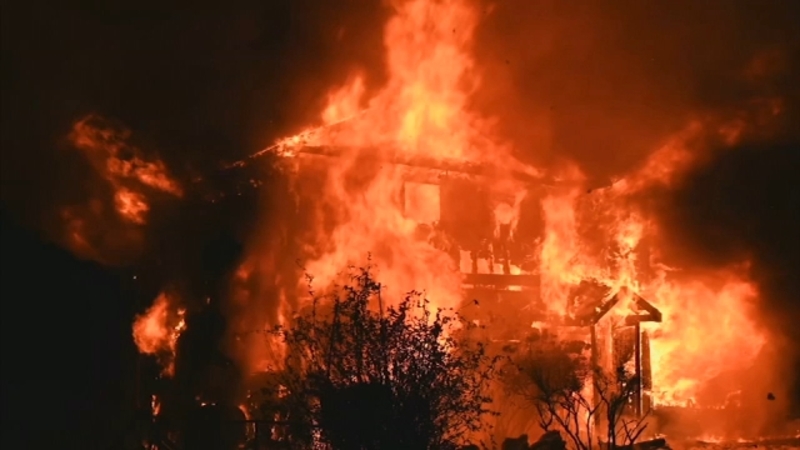 Fifteen people -- all relatives -- lived inside the home on Emerald Lane South in North Amityville, and several small children lived there as well.

Thankfully, everyone got out safely.

Melody Sims said she heard her boyfriend's brother screaming for help around 4:45 a.m.

"I thought he was having a bad dream," she said.

"I pushed him to the living room," he said.

Mason, who is physically handicapped and uses a wheelchair, said he rolled around the house screaming for everyone to get out.

Neighbors several doors down felt the heat from the massive fire.

"That what wake me up, the heat," neighbor Jennifer Chance said.

Volunteer firefighters from the Copiague Fire Department responded to the scene, and the chief said they had the fire under control in less than an hour.

The Town of Babylon ended its contract with the North Amityville Fire Department in early January due to the department's dangerously long response times.

Later Tuesday morning, crews had to bulldoze what was left of the structure.

"There was a lot of people who lived in here," relative Terrance Mason said. "And they lost everything. Everything was burnt to a crisp."

Sims said the family lost everything, including their phones and clothes.

"Everything is gone," she said.