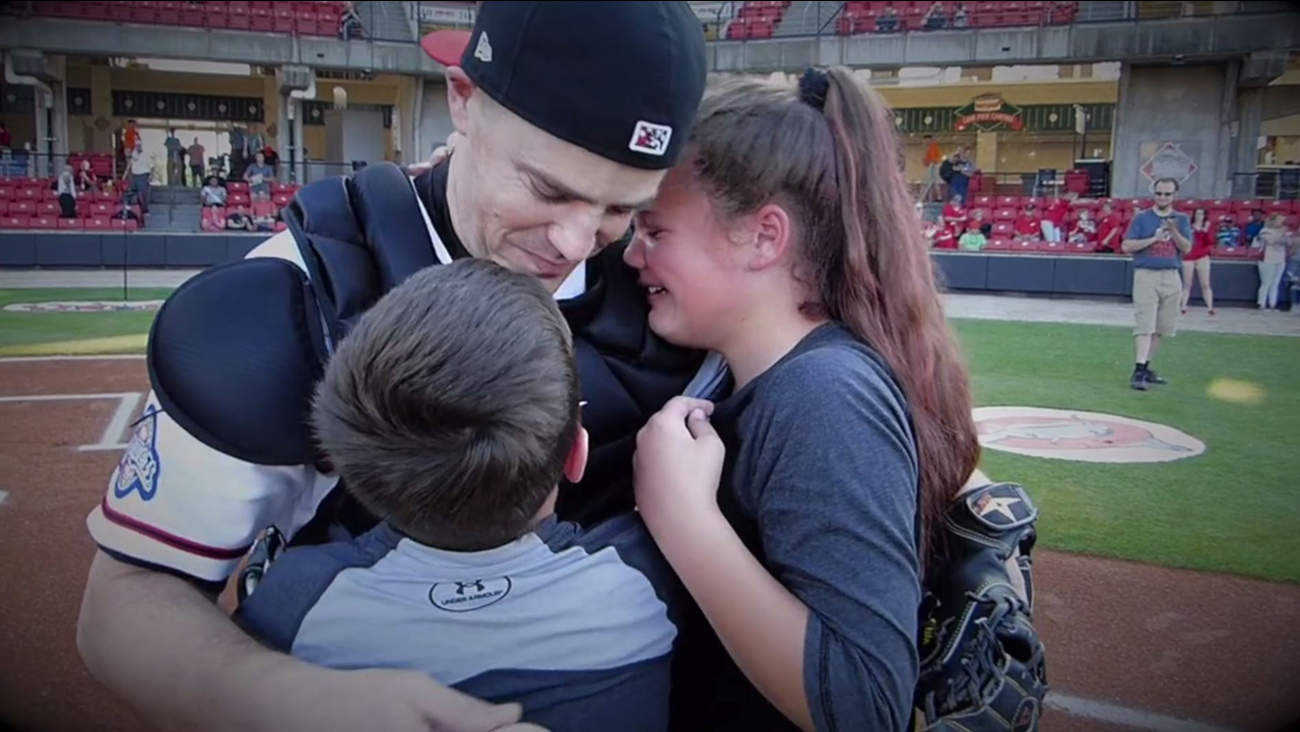 ZEBULON, North Carolina -- This military surprise hit it out of the park!

Seymour Johnson AFB Technical Sergeant Lance Daigle returned from deployment earlier this week, and he had a special surprise planned for his kids at a Carolina Mudcats baseball game.

Carly and Cameron Daigle, from Goldsboro, stepped up to the mound to throw a pitch, believing they had won the Carolina Mudcats "VIP Experience."

Their dad was wearing catcher's gear, so the kids had no idea who was behind the plate!

After both kids threw strikes, they stepped up to the plate to meet the pitcher.

Once Daigle removed his catcher's mask, the kids realized who was really catching those pitches!

This joyous reunion was a home run.