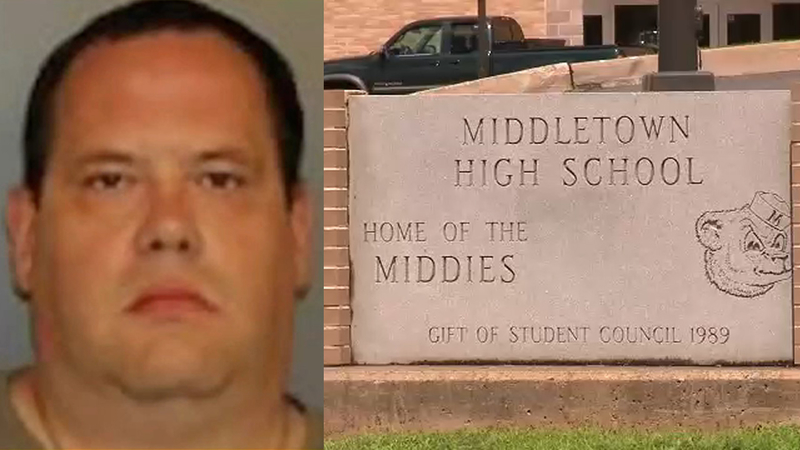 MIDDLETOWN, Orange County (WABC) -- A teacher from New York is under arrest, accused of arranging to meet who he thought was a teenage girl for sex.

Authorities say 44-year-old Jonathan Castell, a math teacher at Middletown High School, had been communicating with a network of adult citizens who target child predators but who he believed was a 15-year-old girl.

They apparently communicated via social media and texting platforms, and New York State Police were tipped off after Castell reportedly traveled to New York City for the purpose of meeting the teen.

Castell, of Wallkill, was arrested Tuesday and charged with attempted endangering the welfare of a child.

Anyone with additional information is asked to contact the State Police Bureau of Criminal Investigation at SP Middletown at 845-344-5300.

The group that conducted the sting and confronted Castell on camera is called Team Loyalty Makes You Family, run by Queens resident Tony Blais.

"At first, he denied it," Blais said. "I showed him a picture of himself, and his exact words were, 'Yeah, yeah, that's me.' He said, 'I just wanted to see if she was real. I wanted just to have lunch.' And I said, 'What guy comes from Middletown to meet another person's child?'"

Blais is a father of two and a plumber by trade, but he also acknowledges being a convicted felon and child abuse survivor who turned his life around thanks to his family.