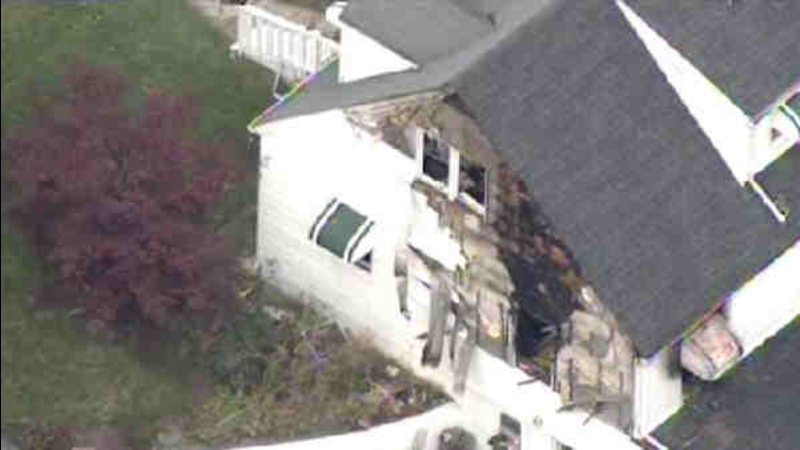 CENTRAL NYACK, N.Y. (WABC) -- A woman was found dead inside a home where a fire was reported in Rockland County Tuesday morning.

The fire broke out at about 7:45 a.m. on Waldron Avenue in Central Nyack.

Officials said emergency crews found the 61-year-old woman dead inside a first-floor bedroom. She was married to the homeowner., who was home at the time and came out of the shower to find the bedroom on fire. He was taken to the hospital because of smoke inhalation.

Authorities said the fire could have been far worse. The house was carved into four apartments for 14 people, and included a child's windowless bedroom in the basement. Four different families live in the 1,600 square-foot house, and there were no working smoke detectors.

Ten-year-old Maris Alegria was up on the second floor waiting for her school bus when the fire broke out. She was able to escape with her aunt, uncle, cousin and little sister.