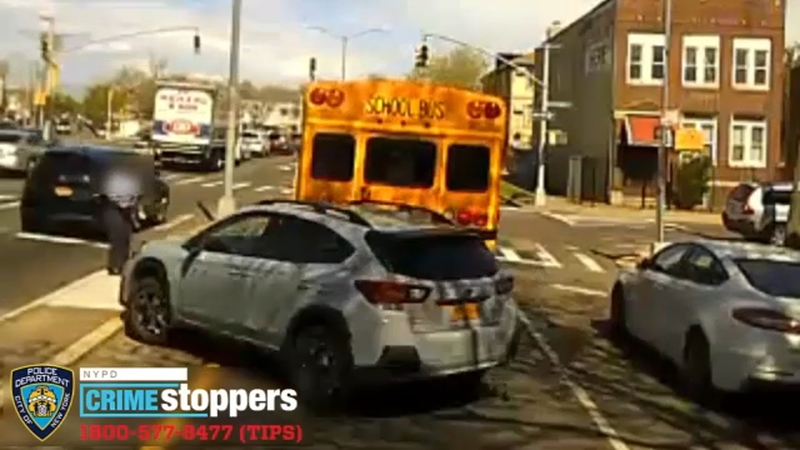 Arrest made after school bus driver ran over in Brooklyn

Kymani Hardie is accused of using his vehicle to run over the female bus driver in East New York.

The incident happened on Friday, April 30 at 5:15 p.m. at Hinsdale Street and Linden Boulevard.

Police say the school bus driver was at a red light when the vehicle behind her started honking and continued to hit the bus.

The bus driver got out and an argument ensued, according to authorities.

When attempting to record the vehicle, the bus driver was then run over by the vehicle.

She suffered a broken pelvis and other internal injuries.

There were no individuals on the bus at the time of the incident.
WATCH | When will we know who wins NYC's mayoral primary?
EMBED More News Videos