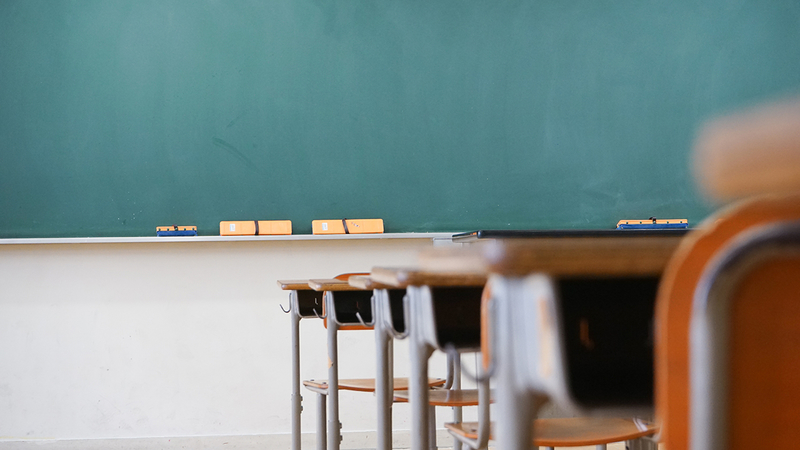 NEW YORK CITY (WABC) -- The union that represents New York City public school teachers may vote Tuesday on authorizing a strike to start the academic year amid concerns over the coronavirus pandemic.

The United Federation of Teachers executive board said Monday night that it has authorized further negotiation, but a strike authorization vote could come Tuesday.

The vote will decide whether or not to strike in order to delay in-person classes, followed by a meeting with delegates from each New York City public school on Tuesday afternoon.

UFT President Michael Mulgrew offered no certainty that teachers will be going back to school next week.

"We will know shortly, over the next couple days, whether we are going to have a major war, even a bigger war, with the city of New York," he said. "Within the next four hours, I have to go in front of the executive board of the UFT and I have to tell them we are either doing a strike vote or I do believe we have the ability. We have the working of a deal so that we can try to move forward with all the planning to open our schools. That has not yet been determined."

Speaking to the Association for a Better New York , Mulgrew noted a lack of supplies and equipment and problematic ventilation systems at schools.

"We can't afford to send students and staff back into any buildings until we have done everything possible - including a rigorous virus testing program - to see that they are safe," Mulgrew said. "The members of the UFT know that public employee strikes are illegal, but we are determined to do what is necessary to protect our students and the families of New York City."

For his part, Mayor Bill de Blasio said he didn't think a strike vote was on the table.

"The UFT has spoken to this over the weekend and made clear a strike vote is not planned," he said. "I've spoken to Michael Mulgrew. It's clear to me that is not on the agenda for this meeting."

Back to School Town Hall: Your questions answered

Learning plans for 247 schools have been approved, and de Blasio added that 324,000 iPads have also been distributed for free to students who need them.

The mayor says inspections will continue, along with the continued push to accommodate for outdoor learning, but the pushback has been intense from the unions representing teachers and principals.

In New York City Schools' Blended Learning plan, students will have two teachers, one for in-person and one for remote learning.

"Regrettably, the DOE has now created a potential staffing crisis with just two weeks to go before the first day of school," the CSA said in a letter to de Blasio and Schools Chancellor Richard Carranza. "We applaud your administration for its focus on science throughout this pandemic. We ask that you also focus on the math. As school leaders process this new guidance, distributed on the very day they were required to share schedules with families, many will be forced to abandon their carefully considered plans and communicate to their superintendents that their school simply doesn't have enough staff to begin the year. They must now communicate to families that far too many students will not be taught remotely by their in-person teachers."

"Under the pressure of the pandemic, we have created a strategy to combine remote and in-person learning, a flexible system where a team of educators will work with a given group of students," it read. "But even with this approach, many schools will still face a staffing shortage, which the system will have to address."