NYCHA tenants in Brooklyn left in the cold without heat 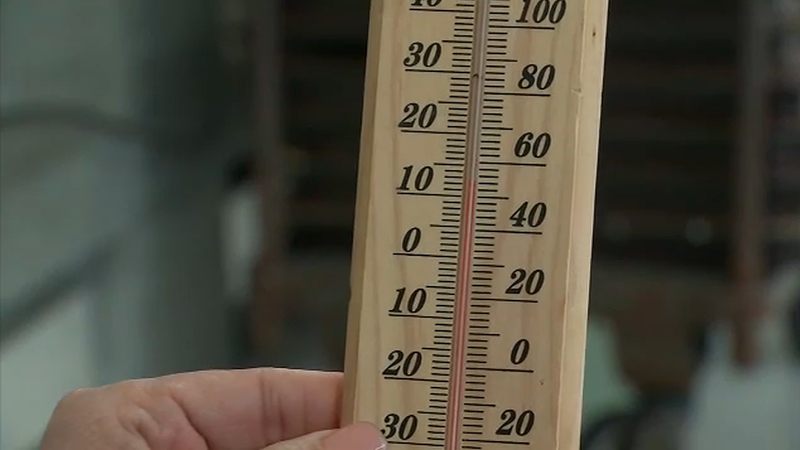 NYCHA tenants in Brooklyn left in the cold without heat

WILLIAMSBURG, Brooklyn (WABC) -- Heat is slowing coming back for residents of one NYCHA housing complex in Brooklyn, but a long-term fix still seems unlikely.

Residents at the Independence Towers public housing complex in Williamsburg say a lack of heat is a chronic problem, and now that a deep freeze has settled in, many of them are pleading for help.

Baruch Spitzer is 82 years old and has lived at Independence Towers for more than 50 years. But like many others, he spent Friday wearing three layers indoors, which lack heat and hot water. And at his age, it hurts.

James Holiday took us to the senior center, where managers showed us their thermometer reading about 56 degrees in the cafeteria.

"It's like, we in the senior center, and we're freezing," Holiday said.

Meanwhile, outside, repair crews were working to fix a leaky steam pipe attached to the portable boiler feeding all six towers in the complex, while Mayor Bill de Blasio was assuring yet another tenant who called into his radio show to complain.

"Same-day service is what we want to see," de Blasio said. "And we're going to make sure that we address the problem at your home."

But tenants say the fixes are always temporary, and it's due to the aging system.

"They spend, already, millions and millions of dollars putting a band-aid on a band-aid," said Samuel Guttman, with the Independence Towers Tenants Association.

The complex is one of nine public housing developments in the city that are part of a new NYCHA plan called PACT. It seeks a public/private partnership to perform millions of dollars in repairs. Bu the problem is that the bidding process for that partnership has only just begun, and so has the bitter cold of winter.

And for that reason, permanent repairs seem unlikely in the near future.