ByMark Crudele and Derick Waller via

The NYPD pushed them back with steel barriers.

They tried to form another encampment outside City Hall, hours after police cleared them out.

Demonstrators tried to push their way back into the area to reclaim it.

The NYPD was ready and well-equipped, blocking the area with metal barriers.

Officers had moved at 3:40 a.m. Wednesday, pushing about 70 remaining occupants -- a mix of protesters and homeless -- north on Centre Street to Foley Square, where they began to disperse.

At least seven people were arrested, and NewsCopter 7 was overhead and Eyewitness News cameras on the ground as two people were taken into custody.

Police say one officer was injured. He was struck by a brick.

A city official says Mayor Bill de Blasio approved the operation, which has been long planned by the NYPD.

"Health and safety issues were growing," de Blasio said when asked about his decision to shut the encampment down.

The stated goal of the "Occupy City Hall" demonstration, a throwback to the Occupy Wall Street movement in 2011, was to cut at least $1 billion from the NYPD budget.

After the City Council approved the reform, which de Blasio signed into law last week, organizers and many protesters left, leaving the encampment to consist of a large number of homeless people.

The de Blasio administration has long stated homeless encampments are no longer permitted and had been closely monitoring the encampment to determine if it still existed as some form of a protest. He said shelter services were offered to homeless people at the encampment.

RELATED: Mayor and New York City Council come up with plan for the future of policing 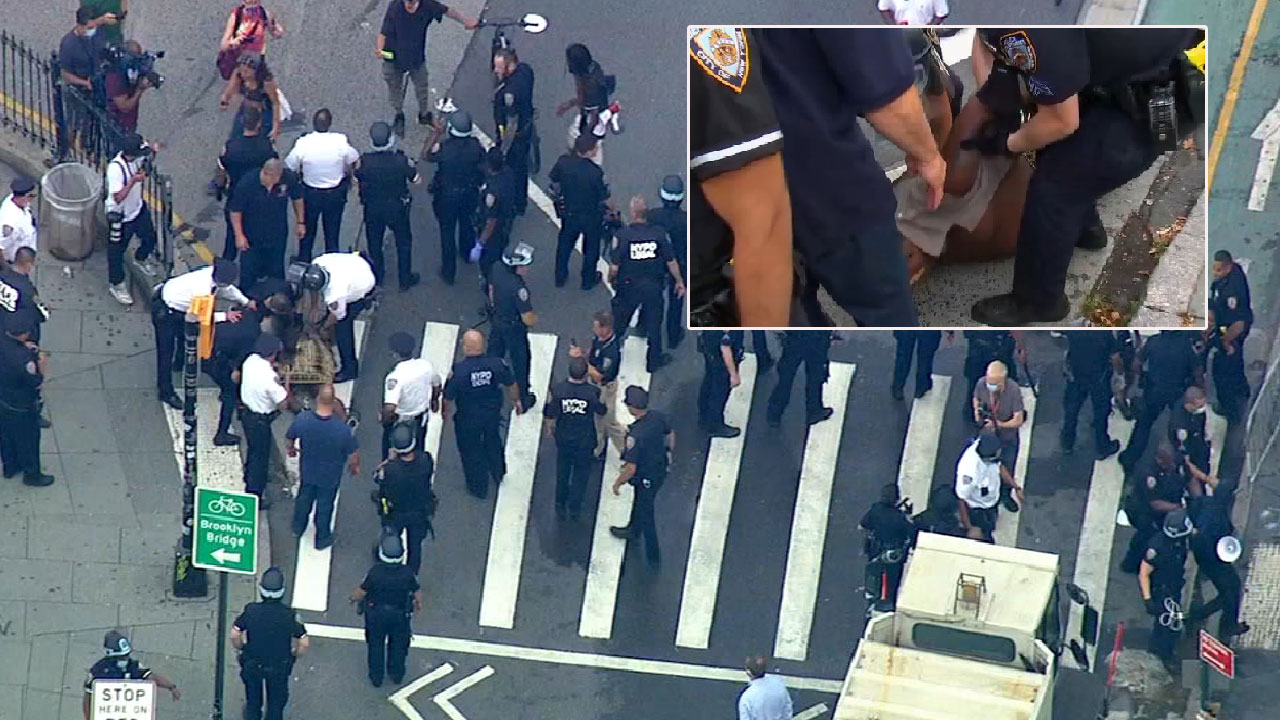