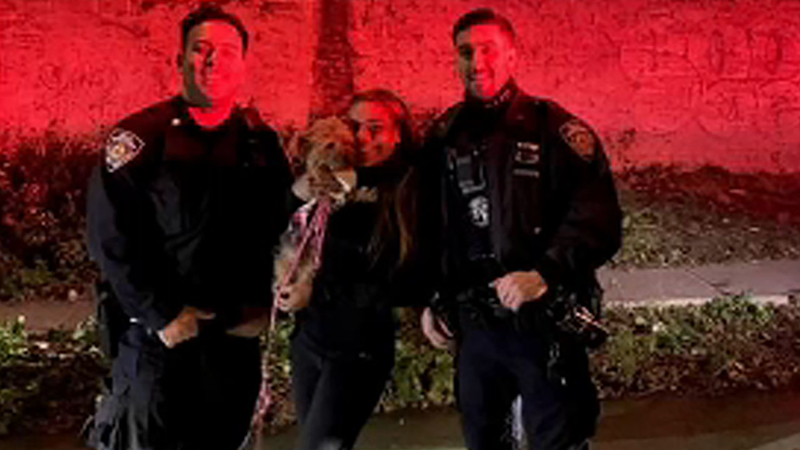 The flames broke out in an apartment building on Fort George Avenue in Washington Heights around 5 a.m.

Police say the officers, identified only by their last names -- Torres and Harrington -- climbed up the fire escape and banged on windows to tell residents to get out.

Then, the officers came down with a dog named Paris.

Paris was reunited with her grateful owner.

"We could have been dead, just because of one person," neighbor Daily Nunez said. "Look at this place. This place used to be nice. But look, the whole thing got burned, the window. My house is smelling like smoke. It's horrible."

The fire department says an unattended candle was the cause of the fire.

"Two of my neighbors keep asking the lady if she needed help," Nunez said. "Even the lady right next to her in apartment A, she offered to get a fan to take out the smoke. And she kept refusing."