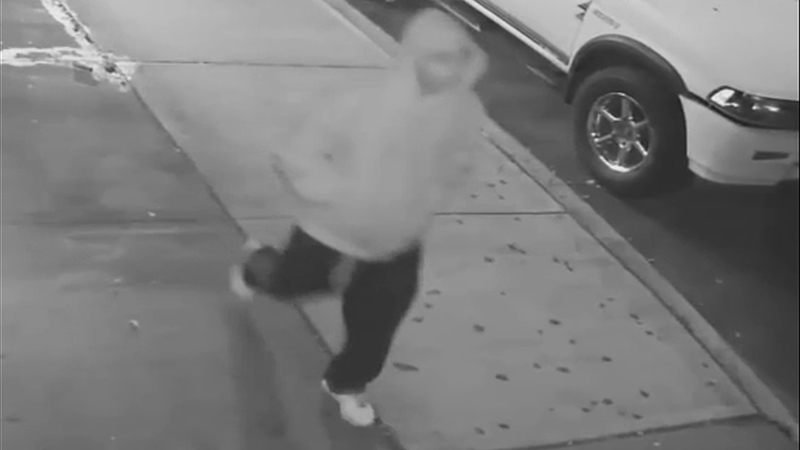 CORONA, Queens (WABC) -- Police are looking for a man who has robbed four people at knifepoint in Queens, including three in a two-hour span.

The first incident happened around 10 p.m. on Wednesday, October 24, on 40th Drive in Flushing. Authorities say a 50-year-old woman was approached from behind by an unknown man who placed a knife at her neck and demanded her property.

The suspect forcibly removed her purse, worth an estimated $1,600, and fled on foot northbound towards Roosevelt Avenue. No injuries were reported.

About an hour and a half later, police say the same man stole a 41-year-old woman's cellphone at knifepoint on 104th Street in Corona. The suspect reportedly then slashed the woman's arm and hand before fleeing on foot eastbound on 47th Avenue.

Approximately six minutes later, in the vicinity of 45th Avenue and 108th Street, police say a 26-year-old woman was approached from behind by the suspect, who produced a knife and demanded her purse. Authorities say he forcibly removed handbag while cutting the victim on the forearm, before fleeing northbound on 108th Street.

EMS transported both victims to Elmhurst Hospital with minor lacerations.

Police believe the same man struck again four days later, in the vicinity of 98th Street and Corona Avenue just before 2:30 a.m. They say a 20-year-old man was approached from behind by the suspect, who placed a knife at his neck and demanded the his property. He took the victim's wallet and cut the man on his neck, causing a minor laceration, before fleeing on foot eastbound on Corona Avenue.

EMS transported the victim to Elmhurst Hospital, where he was treated for a non-life threatening injury.

The suspect is described as a Hispanic male in his 20s. He was last seen wearing hooded sweatshirt and dark pants.

Residents in the neighborhood said they are scared.

"It's scary because you're trying to get home, I have two children and I want to get home to my children," Lisette Soto said. "I don't want things to happen like that to me so it's a very scary feeling."

UPDATE: Police have arrested 17-year-old Alfonso Martinez in connection with these incidents. He is charged with four counts of robbery.