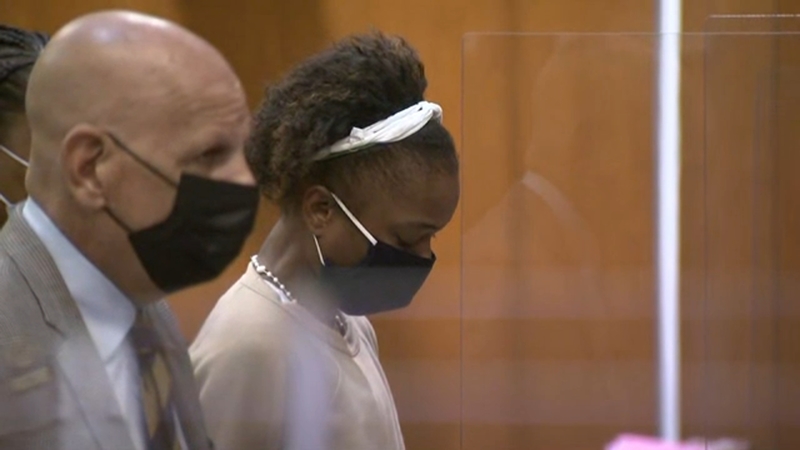 KEW GARDENS, Queens (WABC) -- The woman charged with the hit-and-run death of an NYPD officer made a brief court appearance in Queens Tuesday after she was indicted by a grand jury earlier this month.

No bail has been set for Jessica Beauvais as she faces a 13-count indictment in the hit-and-run death of NYPD officer Anastasios Tsakos.

If convicted, she faces 15 years in a state prison.

Police say Beauvais told investigators she was drinking before she got behind the wheel of her car last month.

Handcuffed in a khaki jumpsuit, the 32-year-old Beavuais was silent as a prosecutor detailed the horrifying events of April 27 when they say she ran over the veteran NYPD highway patrolman at such a high rate of speed, his body flung into the air, landing 100 feet away in a grassy shoulder.

One of his legs was severed.

Tsakos was diverting traffic after a previous deadly accident on the LIE when prosecutors say Beauvais ignored traffic cones and flashing lights, hitting Tsakos and kept on going.

After police caught up with her, she blew a .15 on the breathalyzer.

In court, Beauvais' lawyer entered a not guilty plea.

Her parents, siblings and 13-year-old son were inside.

On the other side of the room, sat the parents of Officer Tsakos.

"Imagine going to work one day and never coming home," Lynch said. "Imagine the plans you had for your children later on that day and you never come back to do it. Well, that's how they feel, but what scares them most is that they know it will never end, sir, they know the pain will never go away regardless of what happens in this courtroom."

There was no comment from Beauvais' attorney or family.

Beauvais' next court date is in late July.

Thousands of well wishers attended a wake Monday for NYPD Officer Anastasios Tsakos, who was killed in the line of duty when he was struck by an alleged drunk driver on the Long Is