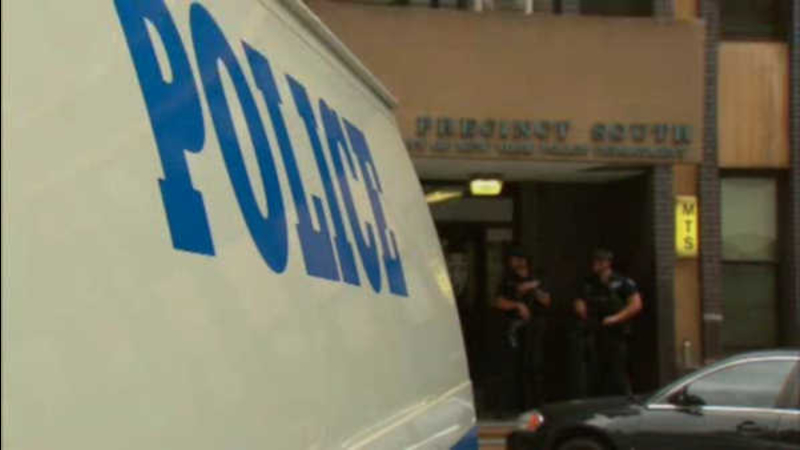 MIDTOWN, Manhattan (WABC) -- The NYPD is on alert after someone started making threats over a police radio.

NYPD dispatchers have been broadcasting warnings to patrols to use caution when responding to calls, after several unauthorized transmissions went out Saturday taunting the captain of the Midtown South Precinct.

How the person was able to communicate over several police radio frequencies is still being investigated.

Officers first responded to the numerous unauthorized calls around 5:42 p.m. Saturday, when an unknown man issued a page, and requested to speak directly the Captain of the Midtown South Precinct.

A dispatcher then tried to contact the captain, and minutes later, the seemingly innocent page quickly turned into a threat.

The suspect then asked over the radio if the captain remembered throwing him in jail, and said he was now coming to put a bullet in the captain's head.

He also claimed he was standing next to a strategic response vehicle in Times Square, and challenged the Sergeant to come find him. Minutes later, the suspect said he was inside the Walgreens at Times Square, but searches found nothing.

At this point, investigators are not sure if the person is using a lost or stolen police radio.