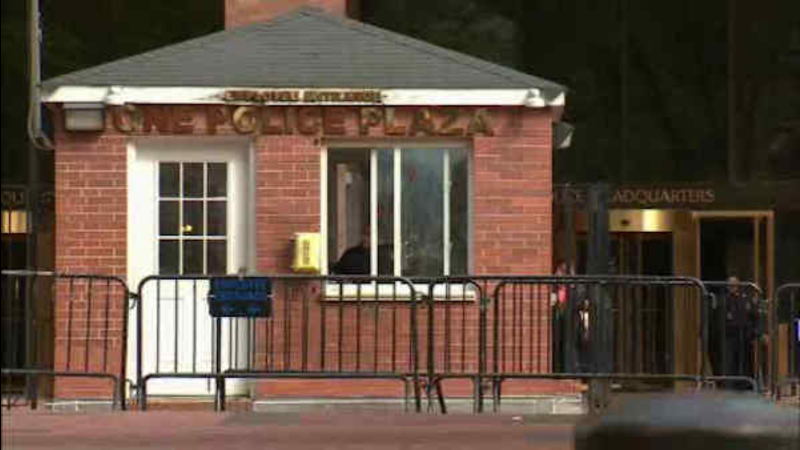 NEW YORK (WABC) -- The first departmental charges have been filed against an NYPD officer in the ongoing corruption probe, and dozens of gun licenses are now suspended because of the investigation.

NYPD Chief of Department Jim O'Neill revealed that dozens of gun licenses have been suspended or are expected to be suspended in the coming days.

The investigation was touched off with the bribery arrest of Brooklyn businessman Shaya Lichtenstein, who allegedly made thousands of dollars brokering gun permits through his connections in the NYPD's licensing division.

Officials would not say how many suspended permits were originally brokered by Lichtenstein.

"To date, we've suspended 37 licenses; 17 more are pending suspension," O'Neill said. "When a license is suspended, the weapons are surrendered and a thorough review of the license application takes place.

The chief declined to elaborate, but it is all part of the Justice Department's investigation into police corruption in South Brooklyn, where officers are suspected of providing favors and other considerations to local businessmen in exchange for gifts, trips and cash.

Five NYPD commanders have already been transferred, and officials confirmed that a sixth officer, former 66th Precinct Community Affairs Detective Michael Milici, now faces departmental charges. He is charged departmentally with failing to cooperate with an ongoing investigation. The most severe internal penalty he faces is the loss of his job, but since he has already put in his retirement papers, that likely isn't his concern.

Milici was suspended after he refused to testify before a federal grand jury.

Coincidentally, his retirement is the likely reason for the departmental charges. Milici submitted his retirement papers on April 26, prior to the NYPD suspending him. That suspension can last up to 30 days, and by filing departmental charges, if he continues to seek retirement, he will not be able to retire in good order. That could affect his future career choices, if he opts to continue in law enforcement.