Stepped up security for Village Halloween parade in Lower Manhattan 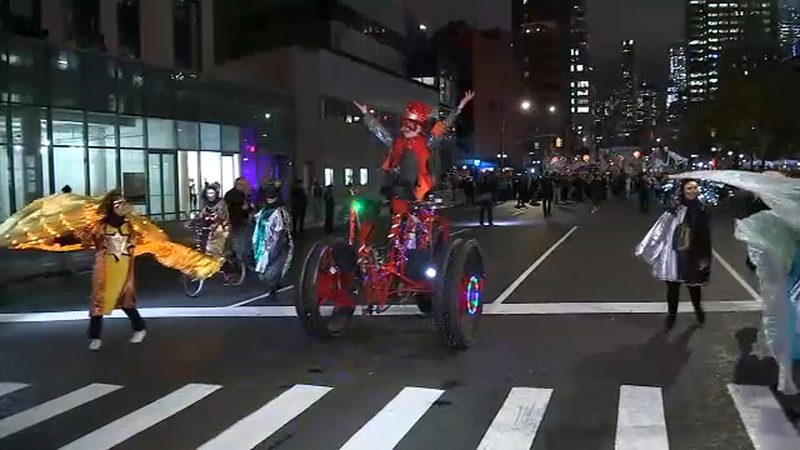 Revelers march in Village Halloween parade amid stepped up security

LOWER MANHATTAN (WABC) -- The streets of New York City were filled with costumed characters for Halloween.

The mile and a half parade kicked off at Spring Street and proceeded up Sixth Avenue to West 15th Street.

While people geared up for the parade in Lower Manhattan, the police launched their own operation to keep crowds safe.

The NYPD says they are operating with heightened vigilance due to recent world events.

While everyone was decked out in their "wild things" themed costumes at the Village Halloween parade, the NYPD planned a highly visible presence of their officers along with blocker trucks and K9 explosive teams.

The holidays can be targets, and Halloween marks two years since the West Side Highway attacks that killed eight people.

It has also been just days since the death of Abu Bakr al-Baghdadi, the leader of ISIS, causing concern.

The NYPD focused on security so that the thousands attending the parade were able to focus on the parade festivities.

"The Wild Thing-themed puppets, there are 50 of them. Outside of that we have Day of the Dead puppets, we have different classifications, I think all together 150 puppets," said Grace Schultz, Volunteer Coordinator for the Village Halloween Parade.

The parade, which is open to anyone wearing a costume, began in 1973 with a puppeteer marching with his family and grew into a televised extravaganza.