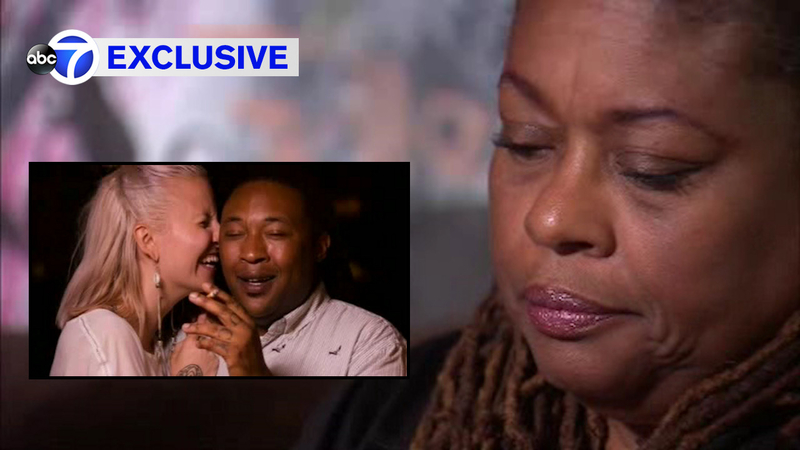 Among those confirmed dead is a man from Orange, New Jersey.

Alex Ghassan was with his fiancee who was also believed to have been killed in the inferno.

4-year-old Alex and her twin sister Lucy were Ghassan's world.

A video of him teaching his daughter's how to fish is a piece of the past that his mother Emilie Grandchamps is holding onto with every fiber of her body.

Grandchamps now knows for sure what she suspected all along, her only child Alex died in the Oakland warehouse fire.

"I don't have time to cry right now. The only thing I can do is really make sure my granddaughters will be ok. If daddy wasn't home, daddy was on Facetime, if I was having a nightmare, 'call daddy.' Now what do you tell them?" Grandchamps said.

A last bit of video Ghassan shot at the party on Friday night at 10:30 p.m. shows the scene roughly an hour before the inferno killed at least 36 people.

Ghassan was with his fiancee Hanna.

This grieving mother wants answers from the owners of the warehouse and Derick Almena, he managed the building and spoke out on the "Today Show."

"I signed a lease and I got a building that was up to city standards supposedly," Almena said.

But the warehouse was not up to code and had been illegally converted into living spaces.

For now Emilie's priority is his two little angles and making sure her son's legacy lives on. She has started a GoFundMe page to raise money for his funeral expenses.

"Alex always said, 'Get ready, I'm going to go out with a bang,' but Jesus, the sky was going to open up for him, and this is what happens just now, with his potential, his growth has been shortened. Why?" Grandchamps said.
Related topics:
orangebuilding fireoaklanddeadly fire
Copyright © 2022 WABC-TV. All Rights Reserved.
TOP STORIES
Wounded NYPD officer fights for life as funeral announced for partner
Man recovering after being shoved onto subway tracks
Mayor Adams faces growing challenge to make NYC streets safe
Woman finds $3M lottery prize in her spam folder
Teen shot in back of head among 3 injured in Brooklyn shooting
AccuWeather: Chilly with some sunshine
Family, friends remember fallen officer as kind-hearted young man
Show More
Deer rescued after falling through ice on Long Island
Family demands justice after 23-year-old woman found dead after date
Thousands of runners brave cold for NYRR Half-Marathon
5 tax changes that can boost your refund this year
Market drops 1,700 points, while inflation cancels out wage increases
More TOP STORIES News