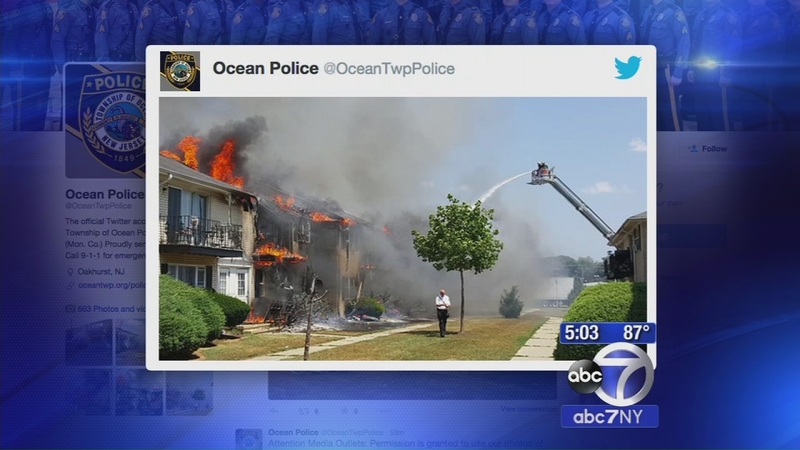 OCEAN TOWNSHIP (WABC) -- Numerous fire companies responded to the scene of a six-alarm fire that tore through an apartment complex in New Jersey Tuesday.

The flames broke out at the Twinbrook Village Apartments on Apollo Drive in Ocean Township in Monmouth around 1:15 p.m.

Authorities say all 18 units in the complex were on fire, and 12 of them were completely destroyed. 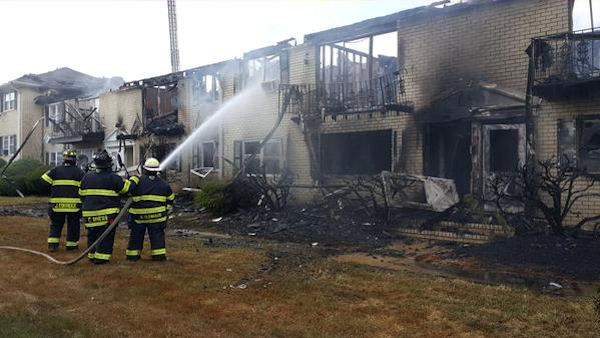 PHOTOS: Ocean Township apartment complex fire
See images from the scene of a raging fire in New Jersey
The fire took several hours to get under control, and heavy smoke consumed the entire area as the fire companies battled the blaze.

Two police officers, who were first responders, suffered from smoke inhalation and were taken to the hospital. They were first to arrive at the scene and were evacuating residents. 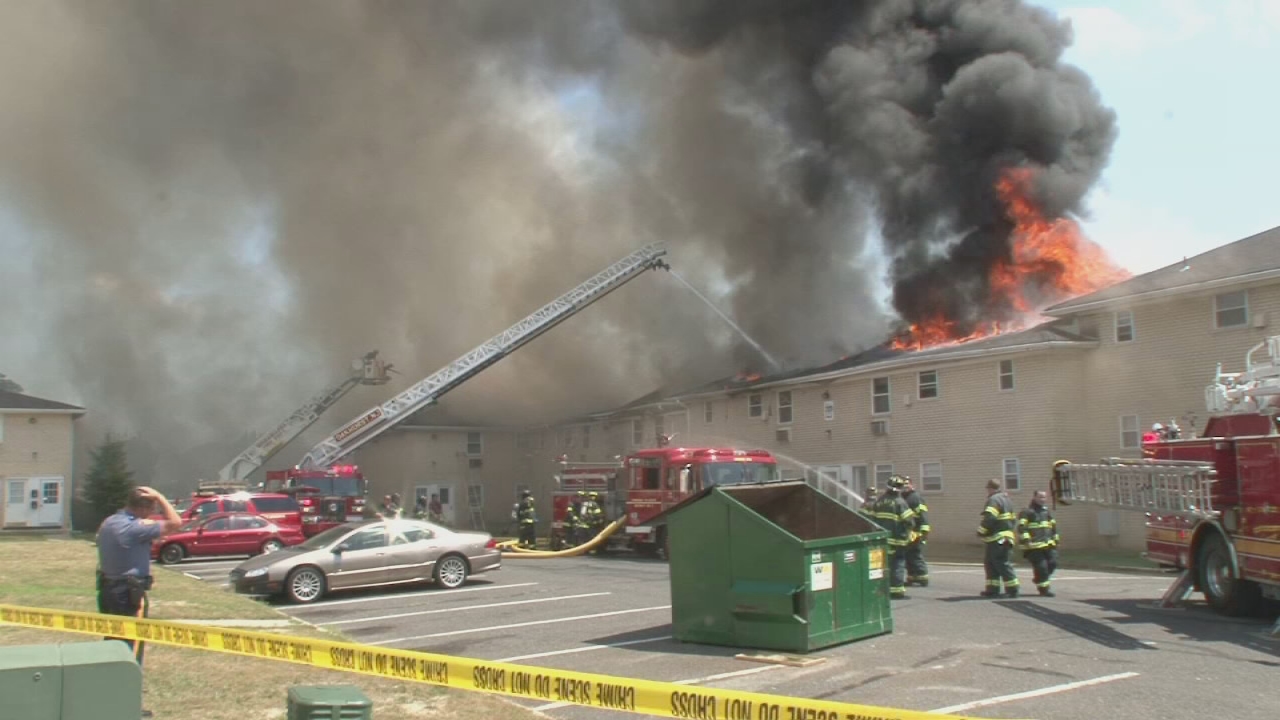 Raw video of Ocean Township fire fight
Raw video of the fire fight provided by the Asbury Park Press
No residents were injured, but a total of 15 firefighters were treated for heat exhaustion.

The fire was initially four alarms but was expanded to six as calls for mutual aid went out.

Preliminary reports say the blaze sparked in some foliage near the south side exterior of the building and quickly spread up the walls and throughout.