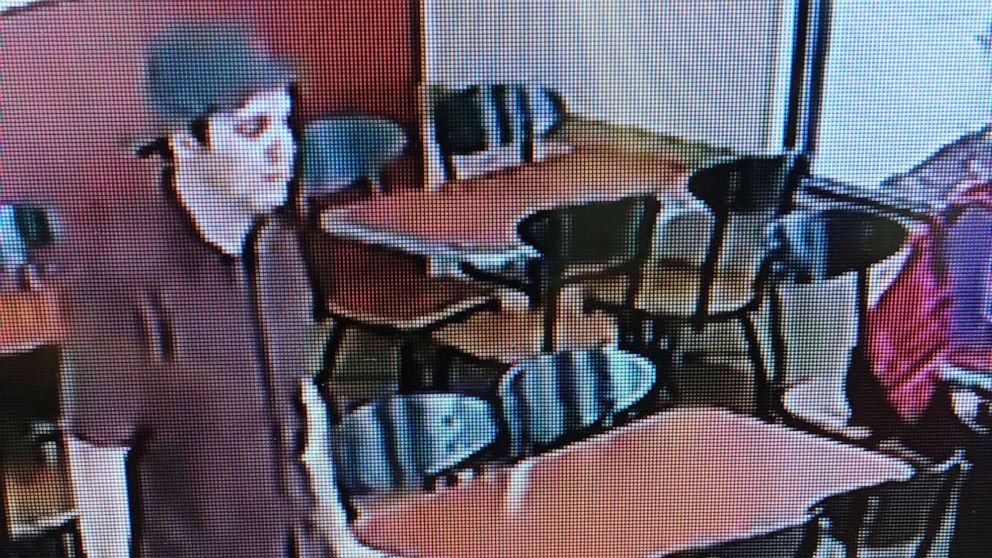 A suspect has been arrested after an off-duty Los Angeles County sheriff's deputy was shot in the head in a fast food restaurant, authorities said.

Deputy Joseph Gilbert Solano, who is now in grave condition and on life support at a nearby hospital, was in a Jack in the Box in Alhambra at about 5:45 p.m. on Monday when he was "tragically and senselessly shot in the head," Los Angeles Sheriff Alex Villanueva said.

Solano, who was in civilian clothes at the time of the attack, was waiting for his food when he was shot once in the back of the head, police said.

After authorities blasted out descriptions of the suspect and his car, a 2012 Kia Sorento, on Tuesday morning, police in Long Beach, California, saw a car matching that description, officials said.

The suspect, now identified as 30-year-old Rhett Mckenzie Nelson, was located in the car and taken into custody after a felony traffic stop, police said.

Nelson, from St. George, Utah, is believed to have shot and killed another man an hour before shooting Solano, police said.

When police took Nelson into custody, a revolver was found inside the vehicle, along with items Nelson was described as wearing during the shooting, including a hat and maroon shirt, police said

Nelson was reported as a missing person in Utah and his family was concerned for his whereabouts, officials said, noting fliers were posted about Nelson's disappearance on social media.

The suspect's father, according to police, contacted authorities after Nelson called him on Wednesday and allegedly admitted involvement in both shootings, police said.

But the video doesn't include audio, "so we don't know if there were words exchanged," Capt. Kent Wegner said.

"There doesn't appear to be an overt motive," Wenger told KABC-TV.