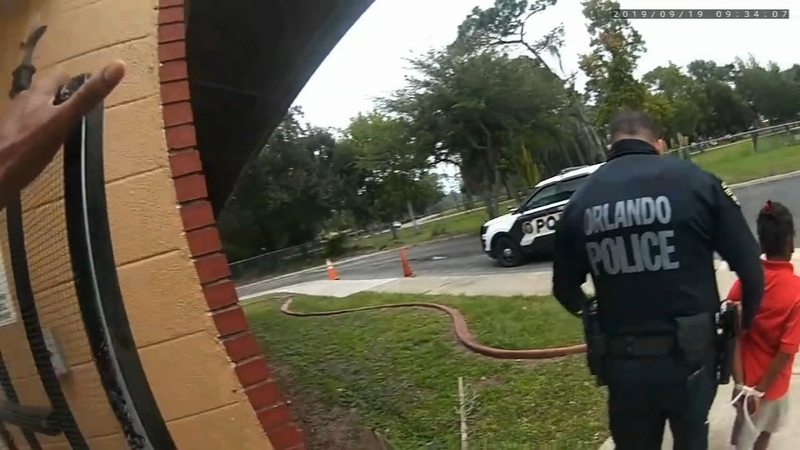 ORLANDO, Florida -- A family's attorney released body camera footage that shows a 6-year-old girl pleading for help as she is put in handcuffs and taken away from school in Orlando.

Police were called to the school after Kaia reportedly kicked a staff member during a tantrum at Lucious and Emma Nixon Academy.

The video shows Kaia, confused and crying for help as she's led away with her hands zip-tied behind her back.

A 6-year-old girl was put in handcuffs and arrested at her Orlando elementary school for throwing a tantrum.

Kaia cries as one of the officers takes her to a juvenile detention center.

The officer was fired for violating department policy requiring a supervisor's approval to arrest anyone under 12.