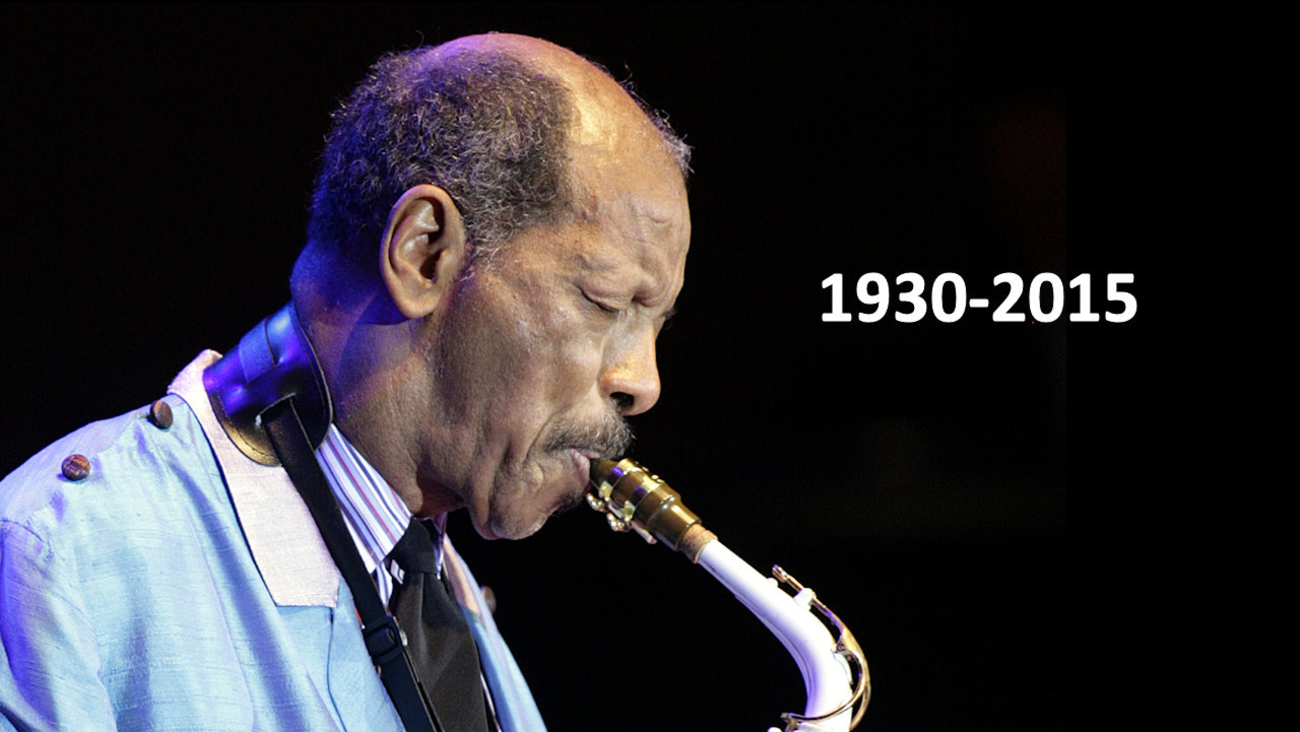 Jazz legend Ornette Coleman plays the sax during his only concert in Germany at the philharmonic concert house in Essen, Germany in 2007.

Publicist Ken Weinstein says Coleman died on Thursday at 1 a.m. in Manhattan. He was 85.

The Texas-born Coleman was only the second jazz artist to win the Pulitzer Prize in music when he was honored for his 2006 album "Sound Grammar."

His quartet shook up the jazz establishment when it burst on the scene in 1959 with the album "The Shape of Jazz to Come," which liberated musicians to freely improvise off the melody.

Coleman is regarded as one of the greatest innovators in jazz history along with Louis Armstrong and Charlie Parker. In the late 1950s, he originated "free jazz," challenging the bebop establishment by abandoning the conventional song form and liberating musicians to freely improvise off of the melody rather than the underlying chord changes. Coleman broke down the barrier between leader and sidemen, giving his band members freedom to solo, interact and develop their ideas.

Though largely self-taught, Coleman would create his own "harmolodic" concept of music, which also became a life philosophy. The music derived from a uniquely free interaction between the musicians, without being tethered to rigid meters and conventional harmonic structure. He referred to it as "removing the caste system from sound."

"I want everyone to have an equal relationship to the results," Coleman told the AP in a 2007 interview. "I don't tell them what or how to play. ... Sometimes the drum is leading, sometimes the bass is leading. ... I don't think I'm the leader, I'm just paying the bills."

In his later years, the jazz revolutionary became a respected elder statesman with the accompanying honors, including membership in the elite American Academy of Arts and Letters and a Grammy lifetime achievement award, even though none of his recordings ever won a Grammy.

But early in his career, Coleman's unconventional playing led him to be rejected by both the public and his fellow musicians who would walk off the stage when he showed up at jam sessions. One bandleader paid him not to solo; others simply fired him. Coleman was told he played out-of-tune and didn't know the basics of jazz improvisation.

One incident remained deeply ingrained in his memory: The night circa 1950 when the saxophonist was playing with an R&B band at a Louisiana road house and his solo stopped the dancers in their tracks. Coleman was dragged outside the club, roughed up and his horn was thrown over a cliff.

"One guy kicked me in my stomach ... and said, 'You can't play like that!' He didn't even know what I was doing," recalled Coleman in the AP interview. "I think with dance music it's the rhythm that people like and I was just playing musical ideas. But I really did grow when I realized that all music uses the same notes whether it's classical or religious or funk. ... And when I realized that ... I decided to take my beatings until I can establish where people can say, 'Oh don't beat him, listen.'"

Tired of rejection, Coleman moved to Los Angeles in 1952 where he got a job as a department store elevator operator, studying music theory on his breaks.

Coleman, who a decade before the Beatles had shoulder-length hair and a beard, soon found a like-minded group of musicians, including bassist Charlie Haden, who had performed in his family's bluegrass band back in Missouri; Don Cherry, who played a tiny pocket trumpet, and drummer Billy Higgins.

"I wanted to play on the inspiration of a composition rather than on the chord structure ... and every time I tried to do this the other musicians that I was playing with would be upset with me," said Haden in an AP interview. "And the first time I played with Ornette all of a sudden the lights were turned on for me because here was someone else who was ... doing the same thing I was trying to do."