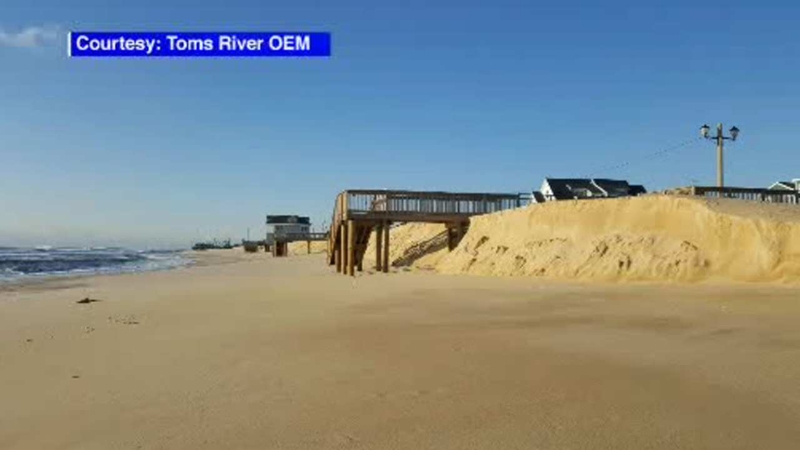 Wednesday marks the start of a $128 million beach replenishment project. Sand is being pumped onto the beach by an offshore dredge, beginning in Ortley Beach.

The Ortley Beach community was one of the most devastated areas during Superstorm Sandy, and they will receive more than 267,000 cubic yards of sand that will create an approximately 125-foot-wide beach.

Dredges will pump sand for two weeks before moving to the Absecon Island beach and dune construction project.

Work in Ocean County will resume in late summer, starting in Mantoloking, another area that received catastrophic damage during Sandy.

Experts say a carefully-engineered project like this will significantly reduce the impact of coastal storms. As an example, beaches on Long Beach Island that were engineered by the Army Corps of Engineers held up well during Superstorm Sandy.

For most of the project area, dunes will be built 22 feet above mean sea level. Beaches will be constructed from 100 to 300 feet wide and 8.5 feet above sea level.