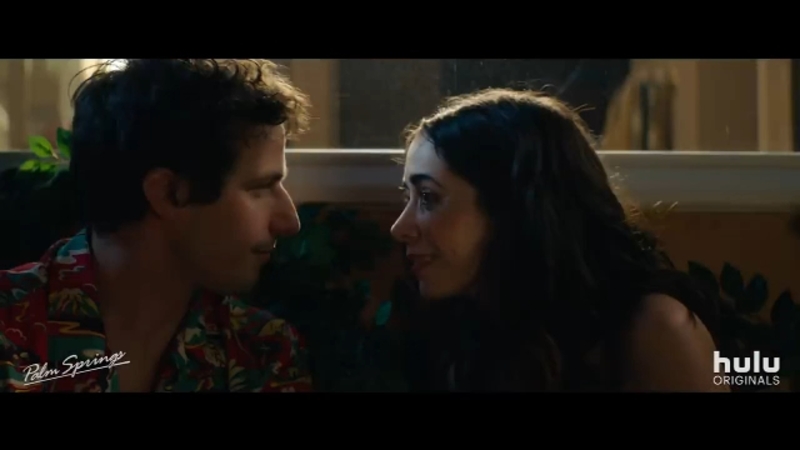 NEW YORK -- With movie screens still dark amid the coronavirus pandemic, some heavy hitters in Hollywood are choosing to stream their latest projects directly into your home rather than wait until theaters reopen.

Such is the case with "Palm Springs," which was well received at the Sundance Film Festival and was set to reach theaters this summer. But instead, it's streaming on Hulu.

Nyles, played by Andy Samberg, and Sarah, played by Cristin Milioti, meet by chance at a wedding in "Palm Springs." They are not drawn to each other immediately, and to make matters worse, they are trapped in a single day.

In the 1993 comedy "Groundhog Day," Bill Murray's character had to re-live the same day over and over again -- and weatherman Phil Connors must become a better man to break free.
EMBED More News Videos

With movie screens still dark amid the coronavirus pandemic, some heavy hitters in Hollywood are choosing to stream their latest projects directly into your home.

"I'm a huge fan obviously," Samberg said. "It's like a seminal movie."

The star takes the theme and enters unfamiliar territory for him: romantic comedy.

"So you kinda get the best of both worlds," he said.

The movie is sweet but never saccharine, emotional and laugh out loud funny with a touch of the supernatural. The fun mix is made even better by the great chemistry between the two stars.

"There was always an ease there," Milioti said. "I would never have an interaction with Andy where I thought, like, hope this comes together in the edit. It just was sort of there."

Subtlety is not the first word that comes to mind when thinking about Samberg, so this is a step forward for him.

"It was exciting to me knowing that I could combine comedy and dip my toe a little bit of more serious acting," he said.

And you want them to get together romantically, according to their co-star, Oscar-winner JK Simmons.

"The thing that surprised me about this movie is the relationship that they have," he said. "And the way Andy and Cristin really click and how much I found, as an audience, I found myself rooting for them and caring for them."

"Palm Springs" is that rare movie that almost every critic agrees is great. I call it an unexpected pleasure, a welcome relief in troubled times.