11 hit by lightning in a Paris park; 8 of them children 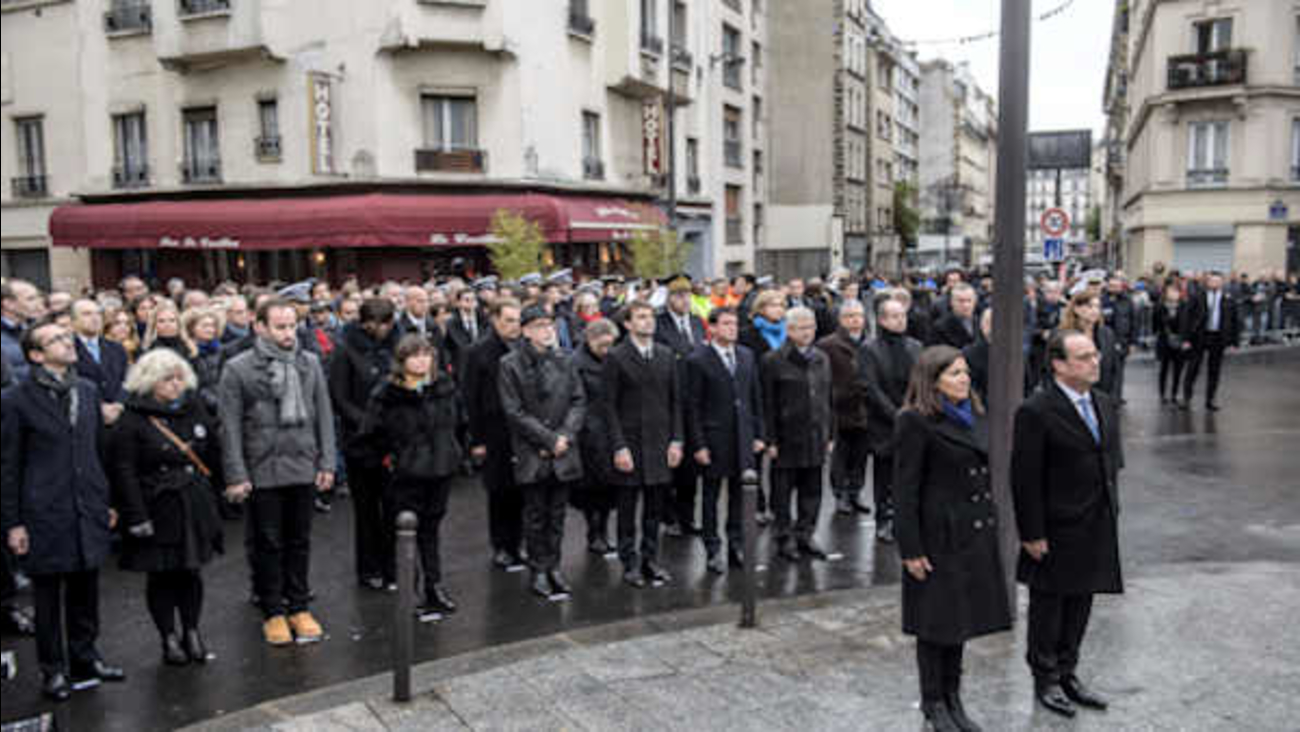 White-and-red tape is strung across a sandy pathway through Park Monceau after a lightning stike, in Paris. (AP Photo/Raphael Satter)

PARIS -- Eight children and three adults were struck by lightning Saturday in a Paris park after a sudden spring storm sent a bolt crashing down upon a children's birthday party, a spokesman for Paris' fire service said. He credited an off-duty firefighter with playing a critical role in getting medical help to the victims but some were still fighting for their lives.

The birthday group had sought shelter under a tree at Park Monceau, a northwest Paris park popular with well-to-do families, when a lightning bolt touched down, according to Paris fire service spokesman Eric Moulin. He said Cmdr. Pascal Gremillet, an off-duty firefighter, was visiting a museum nearby when he noticed the commotion and discovered nine of the 11 victims lying unconscious on the ground under the three. He immediately went to work.

"He saw who was the most seriously injured. He did a quick triage of the victims. He did first aid. He alerted the rescue services," Moulin told The Associated Press. "Without his actions, it would have been much worse."

Moulin said six of those hit were seriously injured - with three children and one adult fighting for their lives. He said five others had been slightly injured by the lightning, including four children.

Footage shot by the fire service showed a dramatic scene at a nearby bank that was commandeered as a makeshift treatment center, with children wrapped in gold thermal blankets sitting and lying on the building's tiled floor as firefighters administered first aid before evacuating the victims to area hospitals. Two small feet, smudged with what looked like soot, stuck out from underneath one of the blankets.

Moulin gave the children's ages as around 9 years old.

An Associated Press reporter at the scene saw an abandoned pair of children's glasses and jacket near the tree. White-and-red tape was strung around the area and whistle-blowing park wardens ushered weekend joggers out of the park, which was swiftly closed.

"This accident is extremely rare in the Paris region," professor Pierre Carli, an emergency medical services official, told reporters at a press conference following the strike.

One Paris resident who lives near the park and saw the lightning crash down said it was rare to see such a wild storm hitting the French capital.

Police in Germany said 35 people were taken to the hospital after lightning struck a children's soccer match Saturday afternoon in western Germany. Three adults were seriously injured in the strike in Hoppstaetten, including the referee.

Another 32 people, among them 30 children aged from nine to 11, were taken to the hospital as a precaution, the dpa news agency reported.

"According to what everyone present says, there were no clouds in the sky ... so this incident couldn't have been expected," he said.

Parts of western Germany have seen storms, heavy rain and hail over the past two days.