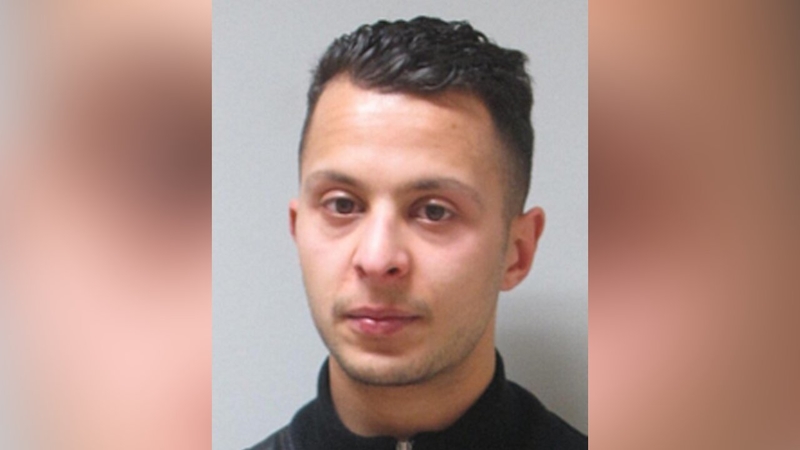 PARIS -- After an intense four-month manhunt across Europe and beyond, police on Friday captured the top fugitive in the Paris attacks in the same Brussels neighborhood where he grew up.

Salah Abdeslam was shot in the leg and detained by police during a raid in Molenbeek, said Ahmed El Khannouss, the neighborhood's deputy mayor.

Police are still searching for another suspect who is holed up in a house that is just a few dozen meters (yards) from two schools, he added.

Abdeslam, 26, was among the attackers who killed 130 people at a rock concert, the national stadium and cafes on Nov. 13 in Paris and was considered the most wanted man in Europe.

His arrest comes days after sources said his fingerprints were found Tuesday inside an apartment following a raid.

In that raid, a man believed to have been an accomplice of Abdeslam - Mohamed Belkaid - was shot dead, Belgian prosecutors say. But two men escaped from the apartment, one of whom appears to have been Abdeslam.

Federal prosecutor Eric Van der Sypt said it was possible Abdeslam had spent "days, weeks or months," in the apartment.

Abdeslam fled Paris after the November attacks. Most of the Paris attackers died that night, including Abdeslam's brother Brahim, who blew himself up. Brahim Abdeslam was buried in the area Thursday.

Salah Abdeslam, a childhood friend of suspected ringleader Abdelhamid Abaaoud, is believed to have driven a group of gunmen who took part.

The Islamic State group claimed responsibility for the attacks, in which Belgian nationals played key roles.