Transforming a restaurant for Passover 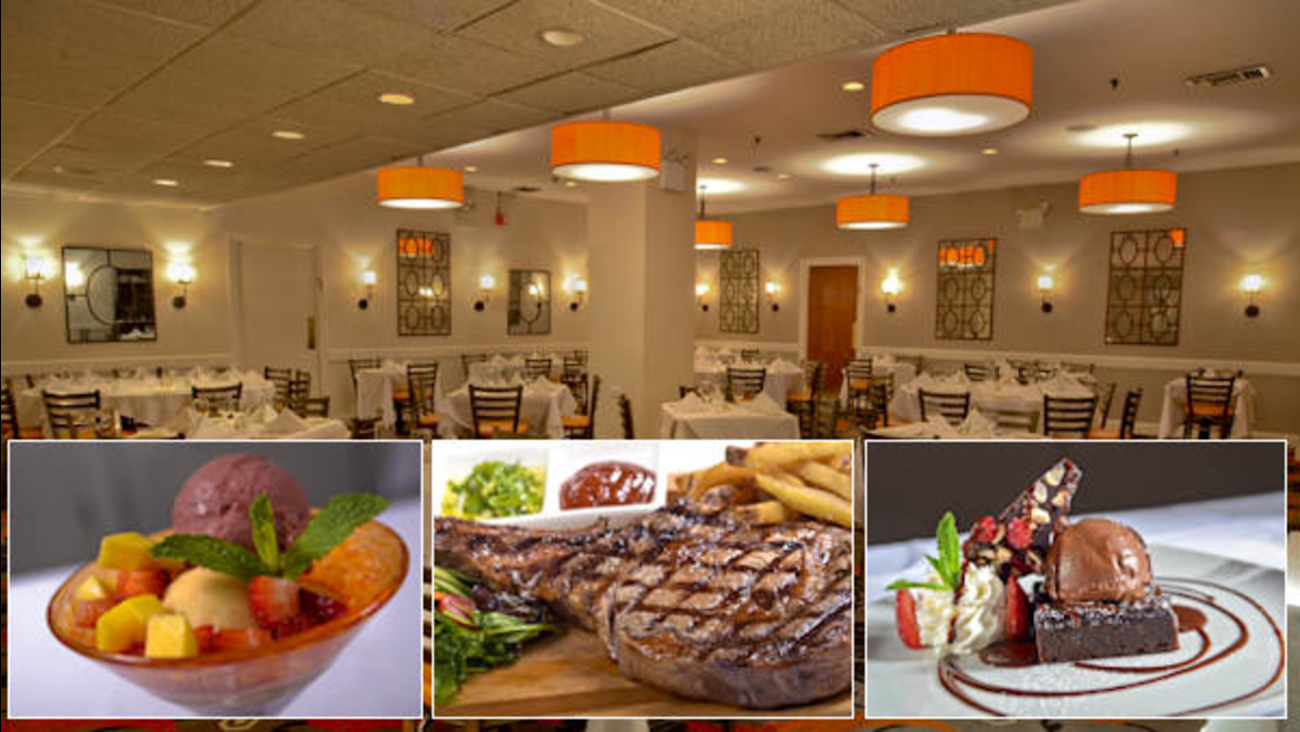 UPPER EAST SIDE (WABC) -- For a kosher restaurant, opening on Passover is like opening a new restaurant. Just ask Tammy Cohen, the head of marketing and an owner of Eighteen Restaurant on the Upper East Side.

"I don't think the general public understands what goes into kashering a restaurant... when you're cleaning a household kitchen versus a restaurant kitchen, it's way more intense" she said.

But for Cohen, opening Eighteen Restaurant is worth it to give New York area Jews a place to have a good meal on Passover.

"It's important for people to have a place to go, and we're happy to be that place," she said.

Being "that place" involves about 24 hours of work before the holiday, as the restaurant needs to ensure that every countertop, including the bar, is covered with a white paper covering and plastic on top of that.

Back in the kitchen, Cohen said all forks, knives, spoons, pots and pans need to be placed in boiling water.

"What we do is, it's a real process because you have to take the whole restaurant (and) bring in boiling, steaming water, and every nook and cranny in the kitchen has to be washed down," she said.

In addition to the water, Cohen said a flame and a blowtorch are taken to the inside of the oven and the tops of the grills to be sure that those surfaces are free of any "chametz," meaning anything leavened or made from wheat, barley, rye, oats or spelt.

All breads, pastas and rice are taken off of the menu for the holiday, Cohen said. Reworking the menu is easier than the cleaning, though, and Eighteen Restaurant still offers classic favorites like their hamburger, using matzah meal (ground up matzah) instead of breadcrumbs.

Many menu items like chicken, steak and the ever popular matzah ball soup, naturally do not contain anything that cannot be eaten on Passover, Cohen said. One popular dish is their schnitzel, which uses matzah meal in place of breadcrumbs.

Eighteen Restaurant's bar is another area of the restaurant that needs a makeover for the holiday. Instead of regular vodka, which comes from wheat, they serve potato-based vodka, as well as kosher for Passover tequila and wine.

Cost is another factor to consider when deciding to open a restaurant on Passover, Cohen said. She had to purchase a special certificate, as well as pay for the cleaning and the increased cost of Passover food products.

While that cost does reflect in raised menu prices, Cohen said they are able to stay "nicely priced," giving a great meal for a great value in an intimate setting that she called the "gem" of the Upper East Side.

Jeffrey Nathan, the executive chef and co-owner of Abigael's on Broadway, echoed Cohen's sentiment that opening a restaurant for Passover is like opening an entirely new restaurant.

For Abigael's, which is a 375-seat restaurant, kashering the kitchen for Passover is not a one day process, Nathan said. The restaurant switches out every dish and utensil for a new set, as well as ensures all countertops and appliances are scrubbed down.

As far as the food, Nathan said he is limited in what he can use to create kosher for Passover dishes, but uses his knowledge of food science to come up with innovative dishes using fresh ingredients.

"I have a philosophy," he said. "There's a lot of places that try to keep bread items using potato starch...why can't you just, for 10 days, refrain from eating bread?"

Nathan makes use of fresh chilies, lemongrass, lotus root and ginger for his Passover menu, he said. One popular item is chicken fried steak, made with kosher for Passover Cajun panko flakes and served with kielbasa gravy.

The cost of staying open is worth it, as Nathan said he makes more than double on Passover than what he does during normal business days, serving almost 700 dinners per night over the holiday.

The chef also supplies kosher for Passover meals to Madison Square Garden and the Barclays Center, as well as hotels around the city.

The most rewarding part for Nathan is watching people's facial expressions and hearing them thank him for being open on Passover, giving them the option of fine dining.