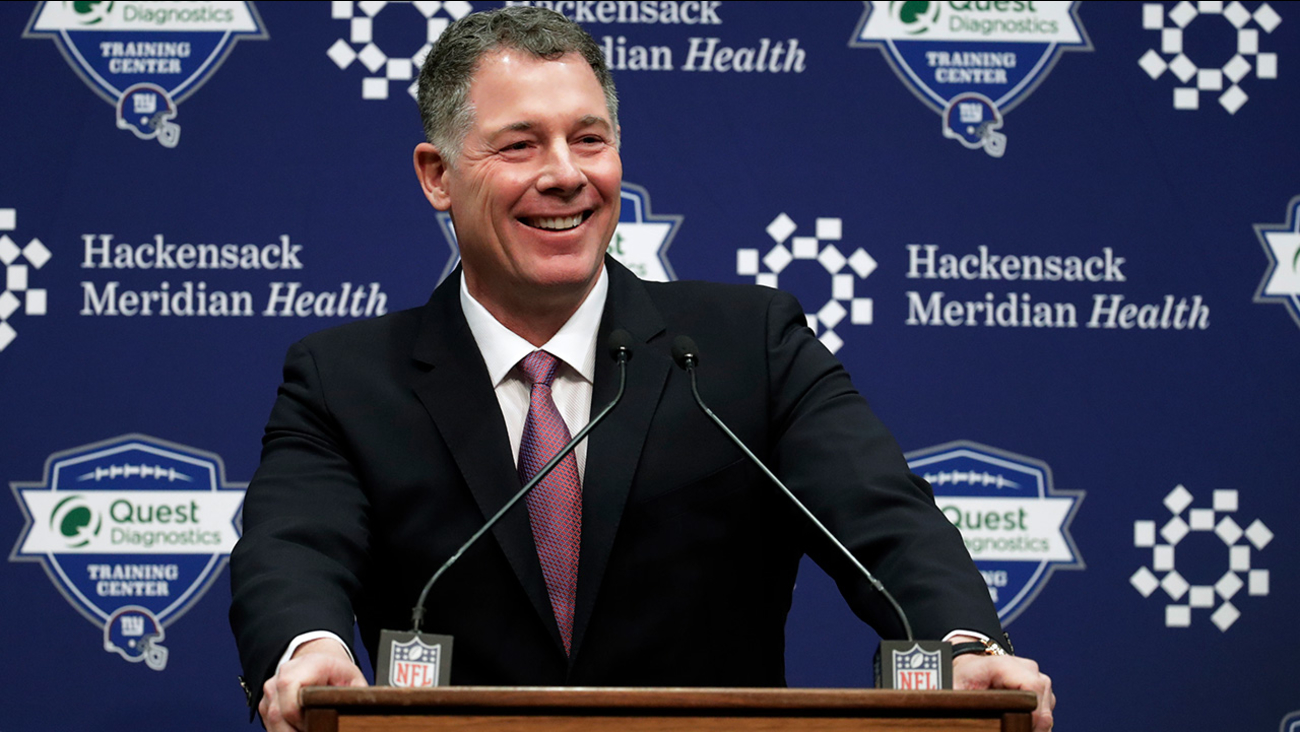 EAST RUTHERFORD, New Jersey (WABC) -- Pat Shurmur stepped up to the podium to introduce himself Friday, and within seconds, the lights went out at the Giants facility in East Rutherford.

New York finally got a chance to meet the Giants new head coach nearly a month after the team's season ended. If you ask him, he will say it was worth the wait.

"This is an iconic franchise," Shurmur said at his introductory press conference. "I understand most of the history. I walked by four Super Bowl trophies."

Shurmur comes to the Giants after two years as the offensive coordinator with the Minnesota Vikings. His stint ended with a trip to the NFC Championship game.

Shurmur has a reputation as a player developer, particularly quarterbacks. That reputation could come into play in the NFL Draft, when the Giants will pick second. As for this season, he is committed to Eli Manning.

"We have a guy here that's helped this organization win Super Bowls," he said. "He's an outstanding player, and I'm really looking forward to working with him."

Shurmur said he wants to bring in players who don't know where they would be without football, a similar philosophy to that of new general manager Dave Gettleman.

Several Giants players tweeted their excitement when Shurmur came on board, including Odell Beckham. Evidently, they know his reputation as a player's coach, which Shurmur emphasized Friday. He took a hard stand on what he expects from his team, while still showing a softer side.

"The people and the players that know me know that I'm willing to give them a hug at the end of a hard day," Shurmur said.

One thing is certain: Shurmur will not be like his predecessor. Even when the Giants were falling apart at the seams for everyone to see, Ben McAdoo played his cards close to the vest.