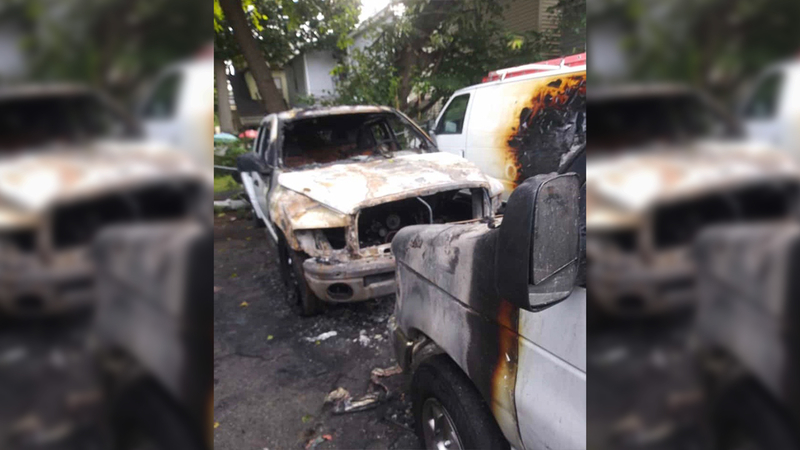 Arsonists set fire to vehicles in NJ, causing $100,000 in damage

PATERSON, New Jersey (WABC) -- The owner of a construction company in New Jersey said he's out more than $100,000 after someone set fire to four of his company vehicles.

Security camera video captured two men in hooded sweatshirts entering a property in Paterson around 3:00 a.m. Sunday, breaking the windows of vehicles owned by Jaslin Construction. and then pouring gasoline inside.

They then lit the cars on fire, with flames reaching more than a dozen feet high.

Police said the duo accessed the vehicles by sneaking behind a home on 25th Street and 14th Avenue.

Jaslin Construction's owner, Jesus Izaguirre, said the fires could have turned deadly, as there's a home next door and people were sleeping inside it at the time. Thankfully, firefighters were called to the scene and prevented the fire from spreading.

Izaguirre said he's trying to figure out why someone would target his business.

So far, no arrests have been made, but city officials promised to catch those responsible.

"When we see things like this, we get really upset because irresponsible criminals attacked good residents in the city of Paterson," said Luis Velez, a Paterson city council member.