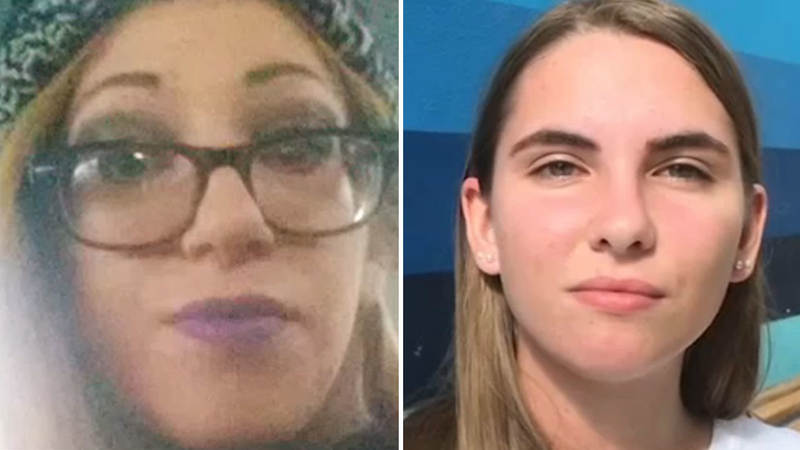 PATERSON, New Jersey (WABC) -- It is a case of mistaken identity created by one woman trying to escape justice at the expense of her sister.

Back in November, Samantha Humienny was stopped by Paterson police for a prostitution-related charge. But Samantha told police she was Jaclyn Humienny, who is actually her sister who lives in Florida studying to become a teacher.

Now, Jaclyn must first prove she's not a prostitute. In an interview near her Florida home, Jaclyn Humienny told 7 On Your Side Investigates that, "having a potential criminal record for prostitution could literally ruin my future career as a teacher."

She says that she suspected her sister Samantha right from the start when back in November, she got a notice from Paterson Municipal Court saying she owed $533 in fines for prostitution.

The notice threatened a warrant for her arrest if she failed to pay. She thought a quick call to Paterson police would clear things up.

"Both times I called the police they hung up on me," Humienny explained. "And told me there was nothing they could do, that it was out of their hands."

She also sent copies of her work hours to the Municipal Court judge to prove she was in Florida at the time her sister was stopped by police.

The judge told her the evidence was insufficient and that she would need to show up in Paterson court with more proof if she wanted to clear her name from the prostitution record.

Tired of getting nowhere, Humienny has hired an attorney to fight to clear her name.

Meanwhile, Paterson Police Director Jerry Speziale tells 7 On Your Side Investigates that "it will take a lot of work to rectify the problem," but adding, "we want to help her fix this."

Jaclyn says she realizes it was her troubled sister who gave police an alias, but Humienny feels more should have been done to check her sister's identity, especially since she has a prior record.