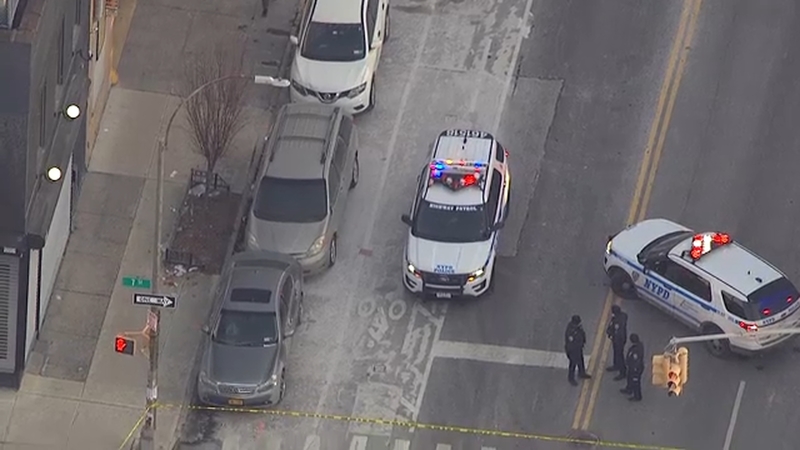 PARK SLOPE, Brooklyn (WABC) -- There is a new push to keep pedestrians safe on New York City streets after six people were killed in less than 72 hours.

The period around Christmas and New Year's is historically the deadliest time of the year, and so on Monday, Mayor Bill de Blasio announced increased traffic enforcement during the holiday season.

"While we've made tremendous progress over the past six years with Vision Zero, there is still undoubtedly more work to do to make our streets safer," de Blasio said. "The recent traffic fatalities have made us even more determined to keep Vision Zero moving forward. We're increasing our traffic enforcement efforts and lowering the speed limit on two of Brooklyn's busiest streets to ensure that all New Yorkers arrive home safely for the holidays."

Police were investigating yet another crash Monday night, when a car hit an elderly woman in Canarsie, Brooklyn.

Police say that is because the days are shorter, the nights darker, and there are more people on the streets during the holiday season.

The city is expanding truck enforcement against commercial trucks to ensure these vehicles are following all traffic laws, and the speed limit will be lowered from 30 to 25 miles per hour on Third and Hamilton avenues in Brooklyn.

The DOT is also continuing its expansion of speed cameras, and as 2019 ends, there are 364 camera zones now in operation, up from 140 at the beginning of 2019. They will expand cameras at a pace of 60 zones per month in the coming year.

But with more trucks making holiday deliveries, police warn that pedestrians and cyclists must be careful too.

"This upcoming week contains the fewest daylight hours of the year and has the potential to be the most dangerous for pedestrians and cyclists," said Chief William Morris of the NYPD Transportation Bureau.