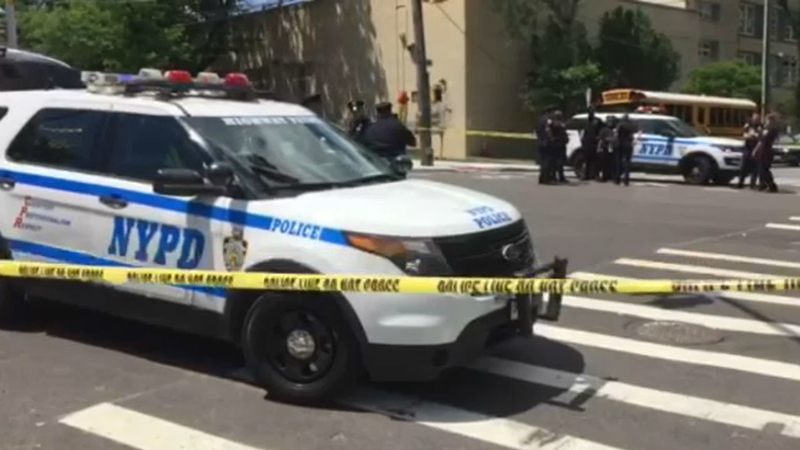 WHITESTONE, Queens (WABC) -- A 17-year-old girl was struck and killed by an elderly driver in Queens on Monday morning.

The incident was reported near the intersection of Utopia Parkway and 16th Avenue around 10:30 a.m.

Police say the victim, Madeline Shershen, was crossing Utopia Parkway on the marked crosswalk when she was struck.

The teen was taken to New York Presbyterian Hospital Queens where she was pronounced dead.

Officials say Sheila Kahn-Prager, 88, was arrested and charged with failure to yield to a pedestrian, failure to exercise due care and running a red light.

Kahn-Prager was issued a desk appearance ticket and is due back in court on July 12.