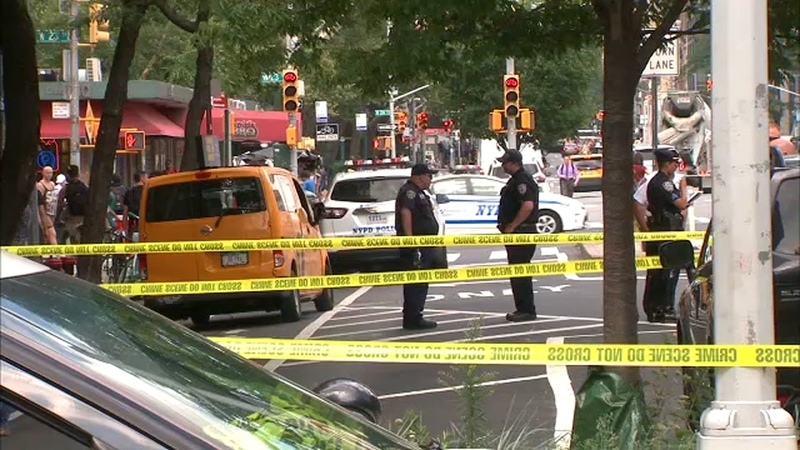 CHELSEA, Manhattan (WABC) -- A driver has been charged after a pedestrian was struck and killed by a taxi in Chelsea on Thursday afternoon.

Police say the 77-year-old woman was struck at 22nd Street and Eighth Avenue just after 1 p.m.

She was walking in the crosswalk across Eighth Avenue when she was struck. Officials say she was hit so hard that she landed underneath a parked car.

The victim was taken to Bellevue Hospital in cardiac arrest where she was later pronounced dead. She has been identified as Iris Crespo.

Police say the 82-year-old taxi driver stayed at the scene to talk to detectives. He said he never even saw her.

He said he had the light but witnesses disagreed.

The driver, Daniel Fusaro of Queens, has been charged with leaving the scene of an accident, fail to yield to a pedestrian, failure to obey a traffic signal and fail to exercise due care.