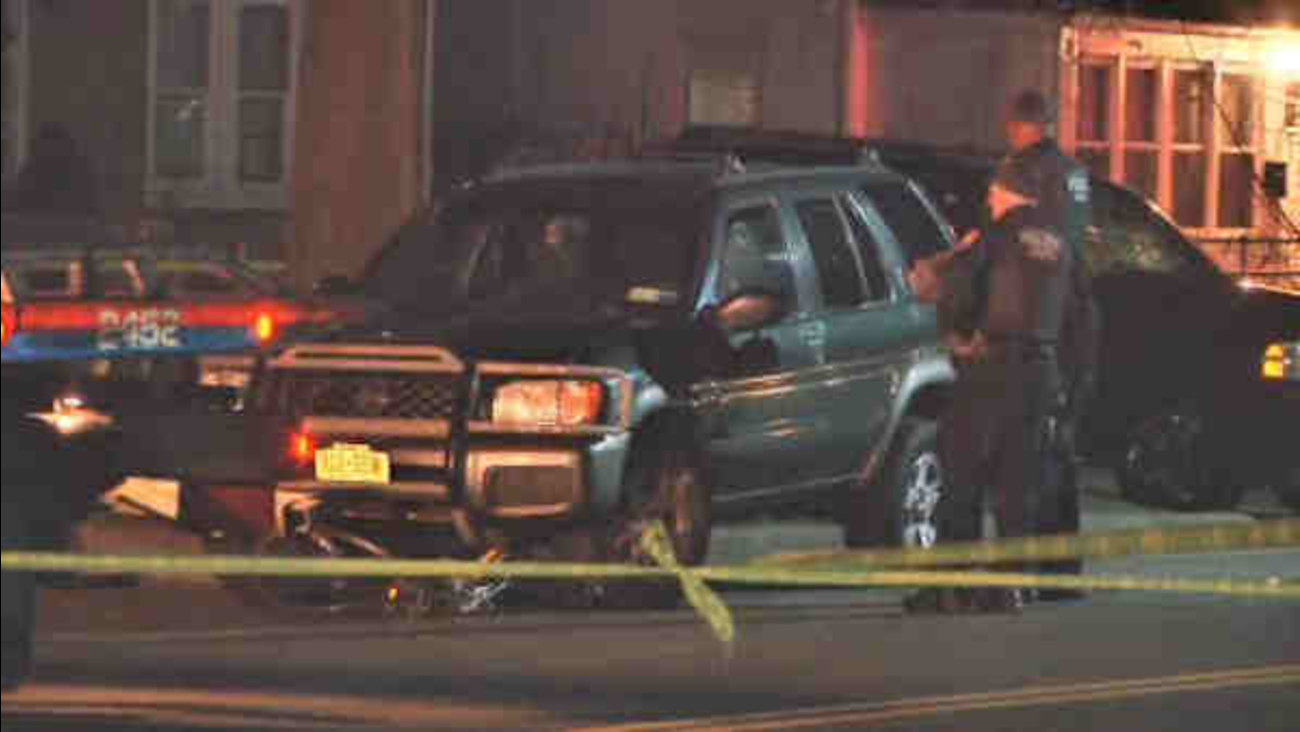 HEMPSTEAD, Long Island (WABC) -- Four people were struck, one fatally, by an SUV in a residential neighborhood in Hempstead.

The victims may have been arguing in the street when they were struck on Linden Avenue just before 5 p.m. Wednesday.

One of the pedestrians, a woman, was killed in the crash. She may have been attempting to break up the fight at the time.

Three others -- two women and a man - were hospitalized. One has been treated and released.

One of the victims appears to have been on a bicycle. The dark colored SUV had to be lifted by a Nassau police flatbed truck to remove the bicycle

The driver of the SUV stopped at the scene. It is unknown if charges will be filed.