3 suspects arrested after fight breaks out inside Baldwin bowling alley 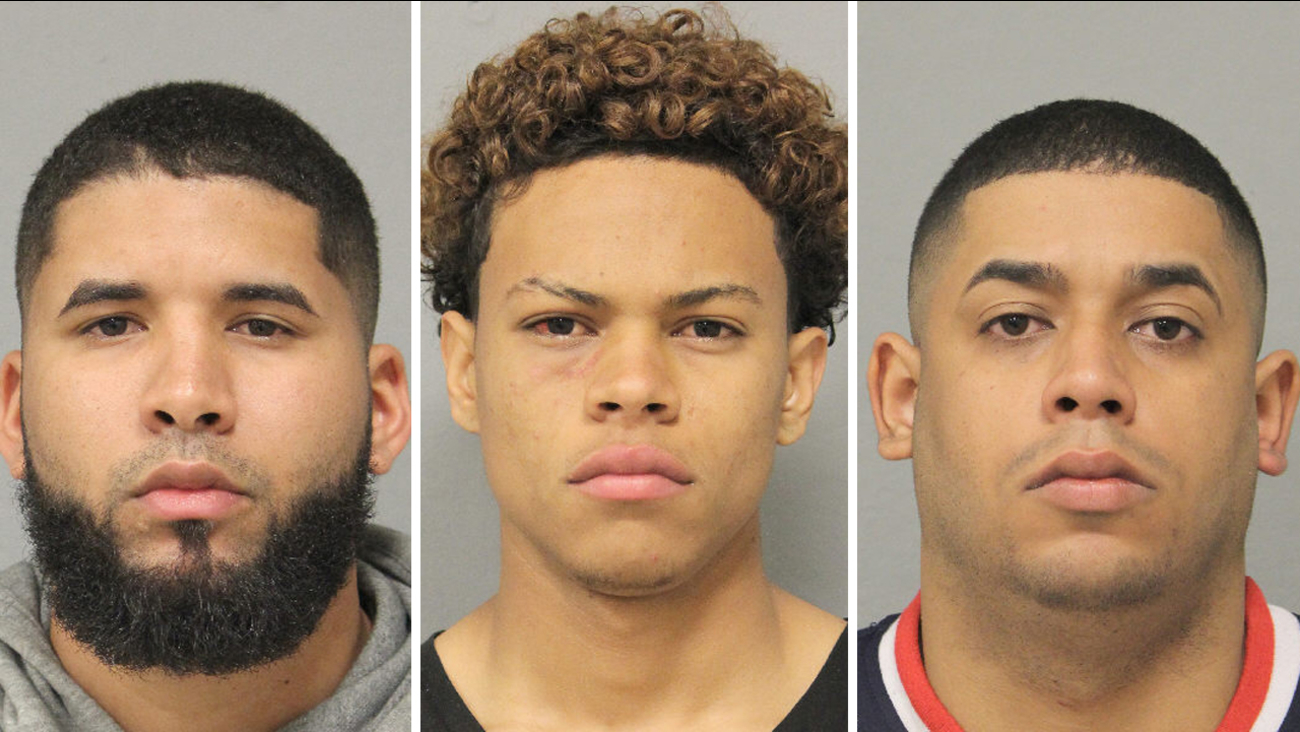 BALDWIN, Long Island (WABC) -- Three men are under arrest after a vicious early morning fight broke out at a bowling alley on Long Island.

Police in Nassau County say Pedro Mendez-Ramos, Brian Gonzalez Valdez, and Christopher Abreu became involved in an altercation with three men and a woman at approximately 1:30 a.m. on Monday inside the Baldwin Bowling Center in Baldwin.

The three suspects allegedly punched and kicked the four victims repeatedly, leaving them in pain and with bruises.

According to police, Mendez-Ramos also slashed two of the male victims, leaving them with deep cuts on their face and neck.

The suspects all face a variety of charges which include assault, gang assault, criminal possession of a weapon, tampering with a witness and unauthorized use of a vehicle.