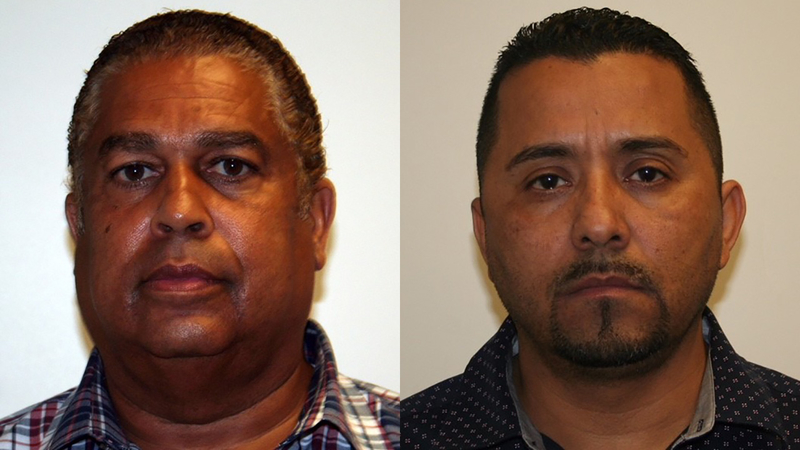 Singas said that the Nassau County District Attorney's Office initiated an investigation into the 62-year-old Pettus in the beginning of this year after receiving credible information about an alleged bribery and extortion scheme.

According to the indictment, Pettus used his position and authority as a deputy mayor and trustee of the village to solicit bribes from local restauranteurs by threatening to have summonses issued that would jeopardize their business, cabaret and liquor licenses, thereby forcing the restaurants out of business.

It is alleged that Pettus and Mendez, a local restaurant and bar owner in the Village of Hempstead, targeted Hispanic-owned businesses as part of their extortion scheme.

Mendez, who speaks Spanish, allegedly aided and assisted Pettus by meeting with business owners and demanding money to avoid tickets, fines, license revocations and other actions that could jeopardize their businesses.

Mendez allegedly benefited from his relationship with Pettus by having Pettus fast-track certain business permits and licenses for Mendez.

Using Village of Hempstead employees, Pettus allegedly helped Mendez increase the occupancy of one his restaurants -- El Pacifico -- and had village employees assist Mendez with architectural plans for a new business.

Authorities say Mendez acquired a new restaurant and renovated others that he owns since his affiliation with Pettus, who allegedly disclosed confidential police investigation information to Mendez on more than one occasion.

It is alleged that Mendez received more than $25,000 in bribe money from Village of Hempstead business owners between February and May 2018 and after each time an alleged bribe was paid, Mendez was observed meeting Pettus at various locations.

Pettus and Mendez allegedly discussed payments in coded language and specifically used the word "cookies" to refer to money. Prosecutors also say Pettus made cash deposits into various bank accounts after his meetings with Mendez.

Pettus ceased to be deputy mayor of the Village of Hempstead on April 2, however, he remains a trustee.

The suspects were arrested Tuesday morning. Pettus pleaded not guilty to the charges.

"We'll let the court make the decision," he said. "We have a very good court system."

A woman who identified herself as Pettus' sister said Pettus is a good man and that the allegations are untrue.

Bail was set at $10,000 bond or cash for Mendez, while Pettus was released on his own recognizance. They are due back in court September 5.

If convicted of the top charge, they face a maximum sentence of five years to 15 years in prison.