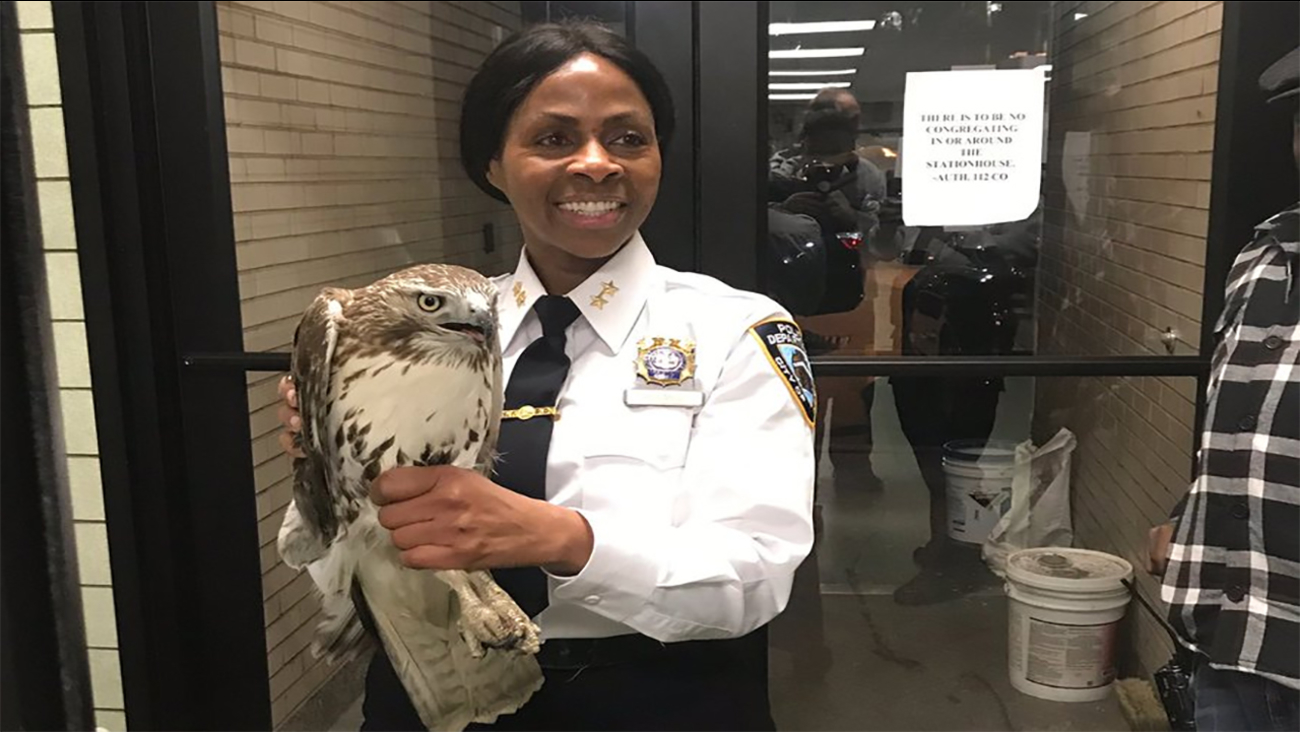 REGO PARK, Queens (WABC) -- It was not your typical break-in at a home in Queens, and 'not your usual suspect', according to the NYPD.

What was originally believed to be an intruder was actually a hawk who went flying through a neighborhood in Rego Park Tuesday.

The bird ended up smashing through a window and scaring the homeowners, who thought at first that it was an actual burglar.

Animal handlers safely removed the hawk and say he will be well taken care of.

Not your “USUAL SUSPECT” (Burglar apprehended 🦅 ) After responding to a call of a possible burglar hawk-eyed @NYPD112Pct cops took our feathered friend into custody. Hawk was safely removed by animal handlers and will be well taken care of. pic.twitter.com/nA5ijb0Qva