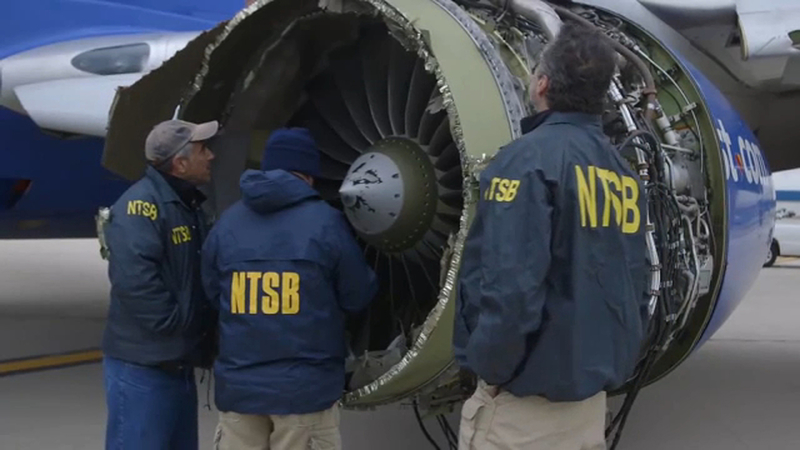 PHILADELPHIA, Pennsylvania (WABC) -- Southwest Airlines is being sued over a flight from New York that suffered catastrophic engine failure in April, killing one woman.

Eight passengers and the husband of a passenger say the airline failed to properly maintain the 737.

Flght 1380 was on its way to Dallas when debris from an engine hit a window, causing the plane to depressurize.

One woman was partially ejected and killed.

"During the excruciating moments following the explosion, the plaintiffs endured the horrific fear of a plane crash - suddenly and unexpectedly, they were facing death," the lawsuit said.

The suit was filed in Manhattan Supreme Court

The accident left a businesswoman hanging half outside a shattered window.

Jennifer Riordan, a mother of two from New Mexico, was pronounced dead after the flight made an emergency landing at Philadelphia International Airport with part of an engine cover ripped off and a window damaged..

The blown engine showed evidence of "metal fatigue," according to the National Transportation Safety Board.