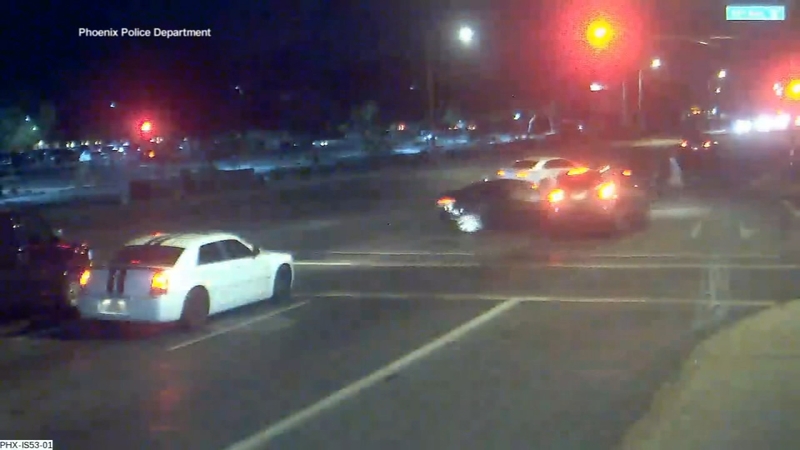 PHOENIX, Ariz. -- Video released by the Phoenix Police Department Wednesday shows a terrifying moment involving a red-light runner and a family crossing the street with a stroller, KNXV-TV reported.

Police said on October 14 around 10 p.m., 23-year-old Ernesto Otanez Oveso ran a red light near 53rd Avenue and Indian School Road. He was struck by an oncoming vehicle that had the right of way. The crash knocked his car out of the way, causing him to narrowly miss striking a family that was crossing the street.

Police said Oveso and a female passenger fled the scene. Oveso allegedly told a witness that was following him to get away, and stabbed the car door of the witness.