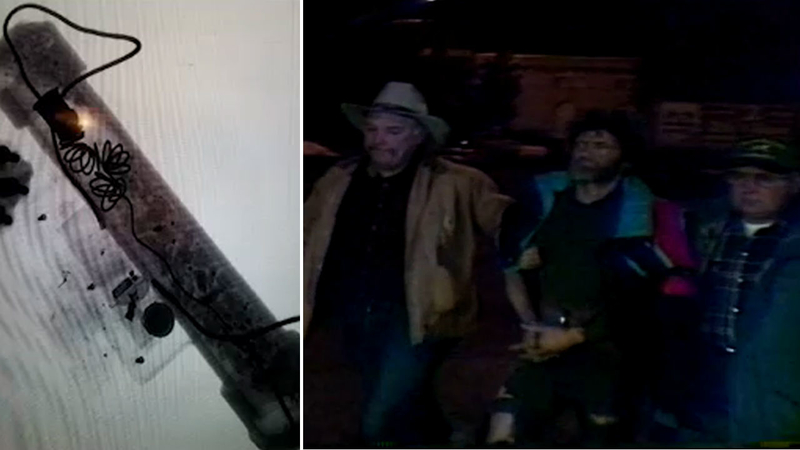 How to track mail bomb threats?

"This is a really large scale investigation that I haven't seen before," said former New York Police Department Chief of Detectives Robert Boyce of the plot.

The packages also had a return address belonging to Rep. Debbie Wasserman Schultz in Florida.

While the United States has a long history of mail threats dating back nearly a century ago, investigators identified certain key differences in this case.

Unlike one of the highest profile mail bomb plots which lasted decades and was masterminded by Ted Kaczynski, better known as the 'Unabomber,' investigators said this perpetrator appears to lack sophistication.

"Ted Kaczynski was more sophisticated in his tradecraft, bomb-making, and also he took time to plan and send out his packages. This person that we have today is someone who is pretty reckless," said former FBI Agent Manny Gomez.

Investigators speculated that the sheer number of packages discovered in just a couple of days leaves room for vast amounts of error and evidence.

"Statistically he is bound to make a mistake," Gomez said.

Boyce said investigators stand ready to capitalize on any mistakes the suspect makes.

"Did he leave a print or a partial print?" asked Boyce.

Crime experts also pointed to another previous mail scheme, as influential in this case.

"That is what initiated this screening of mail coming into government places and certain private locations," Gomez said. "And that is what helped stop these devices from getting through to all these intended targets."

However, Boyce mentioned this latest series of attacks may have exposed a weakness in the current mail screening systems. Boyce said the devices constructed by this mailer favor the use of plastic and glass over the metal traditional of a pipe bomb.

"Was it done purposefully? The plastic?" theorized Boyce. "That's a possibility. It would defeat screening purposes at the Post Office."

Gomez pointed out another potential weakness, "We have over a billion pieces of mail going through the system all the time and the system is not designed to detect every piece."

Late Thursday afternoon, Philip Bartlett, the head of the New York division for the Postal Inspection Service, said that over 600,000 postal employees were out looking for more potential packages.