Pit bulls maul man in the middle of Bronx street 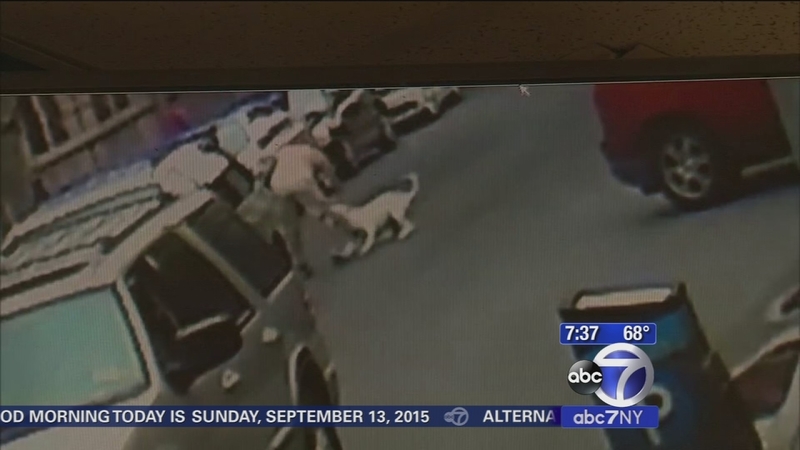 BELMONT (WABC) -- A dog owner in the Bronx is under arrest after her two pit bulls attacked a man in the middle of the street in the Belmont section.

We want to warn you: some of the video is very graphic.

The attack happened Friday morning outside of 2431 Belmont Avenue. A woman was walking with her dogs when she got into a verbal argument with the 66-year-old man and let the pit bulls off the leash. The pit bulls then attacked the man.

Eyewitness News spoke to the man who was attacked from his hospital bed. He told reporter Darla Miles that he thought the dog was friendly. In fact, witnesses say the man commented on how beautiful the dogs were, and tried to pet them, but then that's when one broke free from the leash.

The dogs then bit the man from all angles, and no one was able to stop them. The dog ripped the man's ear off, and he had skin hanging from his arms from the multiple bites he received.

A Good Samaritan who tried to intervene was also bitten in the arm.

Both men were taken to St. Barnabas hospital in stable condition

The owner of the dogs was placed under arrest and was charged with 8 counts of assault and 2 counts of reckless endangerment. Police say she intentionally allowed the dogs to attack him.

The pit bulls were taken to Animal Care and Control, where they will be placed on a 10-day rabies observation hold. After the rabies hold, the dogs will be evaluated by the Department of Health to determine the next steps.