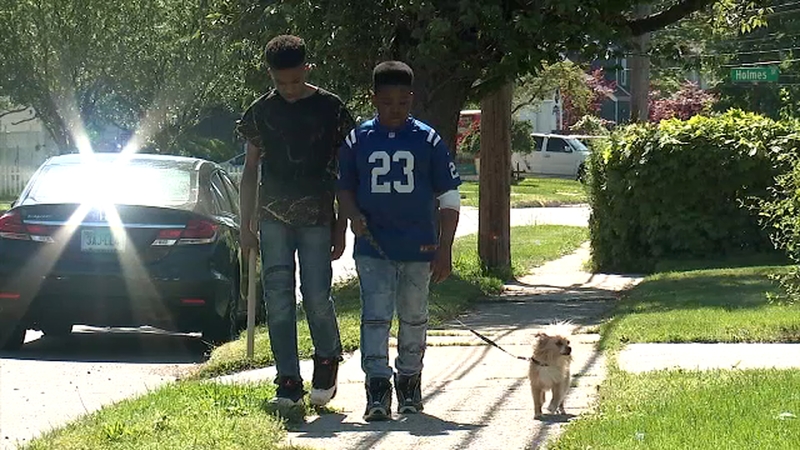 STRATFORD, Connecticut (WABC) -- A 13-year-old boy is recovering from serious bite wounds after being attacked by two dogs as he walked a family member's dog.

Aquil Hairston said he was walking his aunt's dog, Pepsi, last Saturday night along South Avenue when he was suddenly attacked by two pit bulls who got out.

"I saw one pit bull get out, then another got out, so I picked him up," Hairston said. "Then they pinned me against the tree, they chased me through a yard and then I got bit and I dropped the dog."

A neighbor was able to scoop up Pepsi before the other dogs could get him.

From now on, Hairston and his brother Jai will only walk their dog Mombo together while Jai carries a big stick.

His arm and his face still show the bite marks and scratches from the dog attack he won't soon forget.

"I'm still hurt, even though my mom gives me pain medication, it still hurts my arm really bad," Hairston said.

He was taken to the hospital and received 20 stitches on his arm and a couple more on his face.

Now Jai is making sure he is with his brother to keep him safe.

"I'll get the stick from my room and I will walk with him because he is too scared to go to his bus stop," Jai said.

Stratford Animal Control is investigating and is also expected to take control of the two dogs.