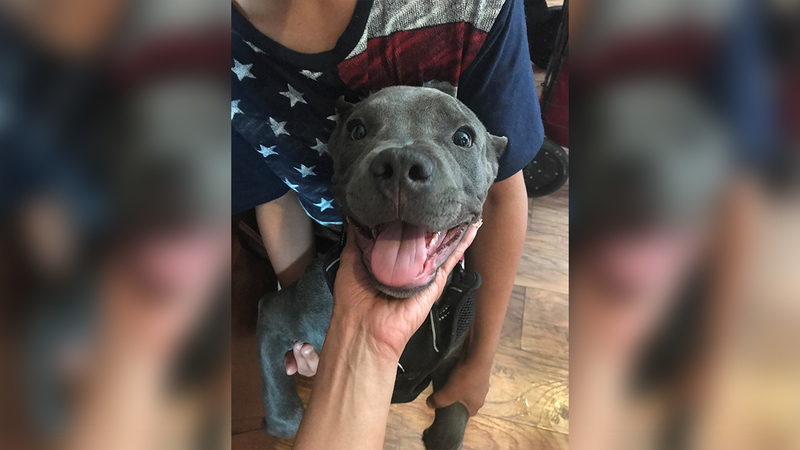 EAST NEW YORK, Brooklyn (WABC) -- Police in Brooklyn want to find a man who randomly attacked a woman in her home.

The victim, Tiffany Luddy, says she heard a knock at the door in East New York, and when she opened it, a man punched her in the face - luckily her dog came to the rescue.

Luddy was home with her nine-year-old grandson, who was sleeping, when she heard a knock on the door around 11 a.m.

Luddy opened the door, and a man had his face covered and was muffled while talking. He punched her in the face, knocking out a tooth and a cap.

When the suspect saw Luddy's 5-month-old pit bull, 'Gotti,' who broke out from his cage, he then took off.

Another man was also seen in front of the building.

Neither Luddy nor her super recognize the guys.