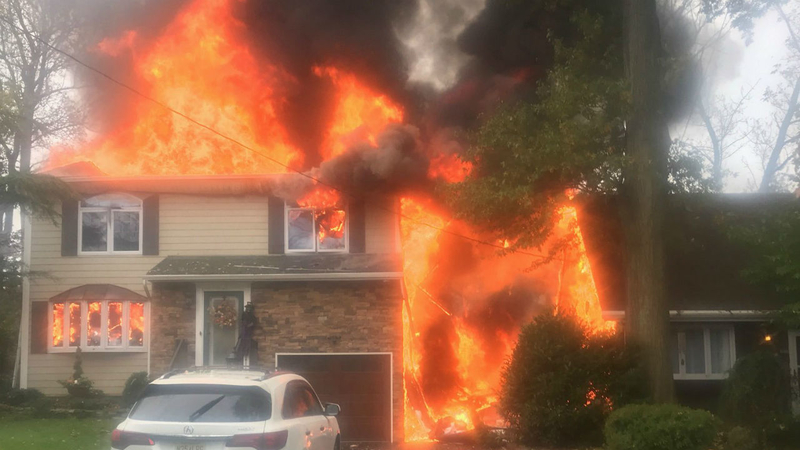 Pilot killed after plane crashes into home, bursts into flames

Officials say a small plane was flying low before it crashed into a home at 11 a.m. on Berkley and Princeton avenues in Colonia.

No other people on the ground were impacted.

The NTSB said the pilot died in the crash, but no other passengers were on board at the time.

The pilot was identified as Dr. Michael Schloss, who worked in New York City but his plane was based in Linden.

"Dr. Schloss was an amazing man, I've known him over 30 years, I've been here in Linden for 36 and he was here for most of that time, he was really a renaissance man in the true sense of the word -- he was a renowned cardiac doctor and he was very generous in that he used his specialty to help pilots that may be having difficulties getting through the FAA's medical certification for instance," said Paul Dudley, the general manager of the Linden airport.

Sources say rescue workers had difficulty reaching Schloss because of the burning debris. The plane was believed to be in the basement of the home it struck.
EMBED More News Videos

Moments after the crash, many residents ran outside of their homes and jumped into action to help their neighbors.

"I saw this thing coming in like wing up, wing down, and for a little plane he had a pretty wide wingspan, about maybe 100 feet above the house just roaring in, and then boom -- an explosion lit up the sky," Lindsey Maynard said.

Woodbridge Mayor John McCormac said the flames were under control by 1 p.m., but firefighters continued to fight hot spots.

The plane, believed to seat eight, originated in Leesburg, Virginia, and appeared to be en route to Linden Airport with a 10:58 a.m. arrival time.

Some are speculating if weather may have played a role in the crash.

"So to have a low ceiling really isn't a problem for an aircraft unless you're already have trouble," Meteorologist Sam Champion said. "As far as the winds go, we're seeing winds in that area about 9 mph at the time -- again the ceiling was 500 feet, temperatures weren't an issue and there was light mist and drizzle there as well."
EMBED More News Videos

The FAA and the National Transportation Safety Board are investigating the crash.