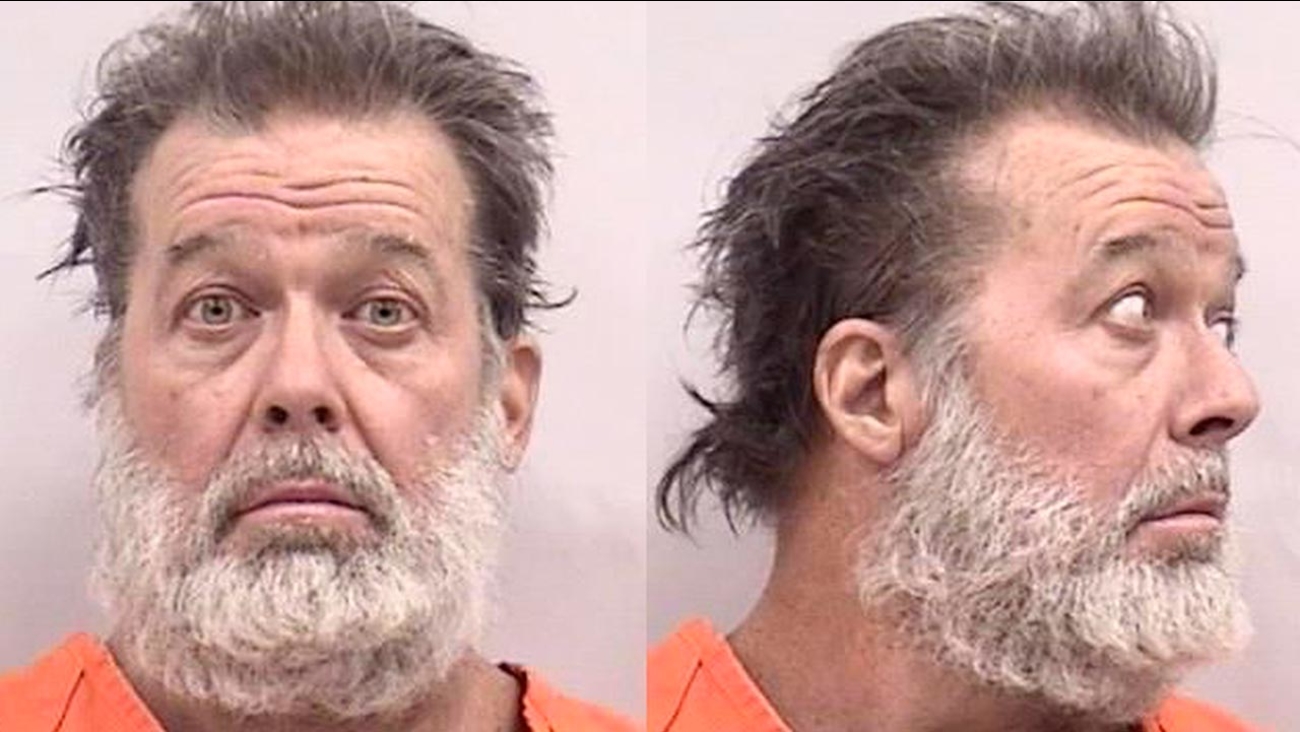 DENVER, Colorado -- A man who acknowledged killing three people at a Colorado Planned Parenthood clinic told a television station Wednesday that the shooting was spur-of-the-moment, and that he targeted the reproductive health organization because it's "murdering little babies."

Dear said he believes FBI agents were following him that morning, and they tipped off employees that he was headed to the clinic. He said the law enforcement agency had been harassing him for years, breaking into his rural Colorado trailer and cutting holes in his clothes.

"I felt like they were going to get me, and so I am going to pick where I am going to make my last stand, and I picked Planned Parenthood because it's murdering little babies," Dear said. "Well, when I got there, of course, those guys knew I was armed, knew everything about me. They slither off like snakes and they get the local cops to do their dirty work, so that's why the shootout was there."

Prosecutors have charged Dear, 57, with 179 counts of first-degree murder, attempted murder, assault and other crimes.

Dear exchanged gunfire with police during an hours-long standoff while dozens of people hid inside the clinic and neighboring businesses. Dear said he expected to die that day but gave up instead.

During a court appearance, Dear declared himself a "warrior for the babies" and said he was guilty. A judge ordered him to undergo a mental competency exam after he said he wanted to fire his public defender and represent himself.

Dear told the Denver television station, "I am sane, I am coherent, I have a college degree." He said he will refuse to cooperate with his court-appointed examiners.

"If I am coherent and sane why would I want to open Pandora's box and start answering all their questions so they can twist it around and say he's not?" Dear said.

"Well I'm just an honest man and I believe I'm guilty, so I am just going to plead guilty," he said.