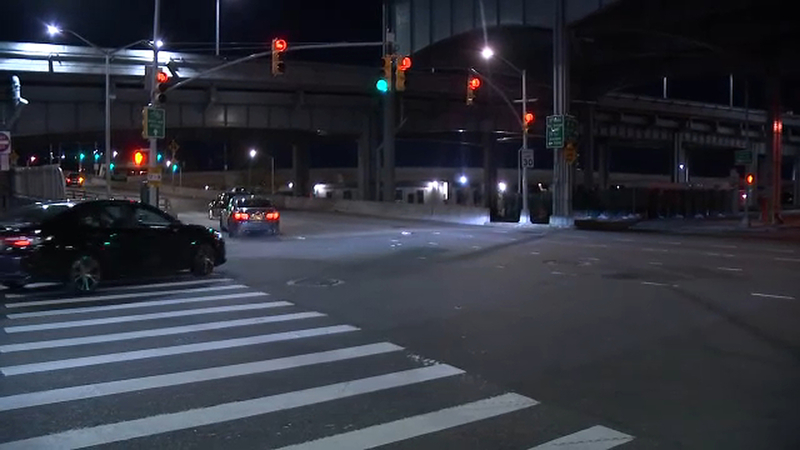 EAST HARLEM, Manhattan (WABC) -- Police are searching for the driver who fatally struck a bicyclist in East Harlem early Saturday.

The incident happened at about 3 a.m. at East 125th Street and First Avenue.

The 25-year-old bicyclist was found in the middle of an intersection and rushed to Harlem Hospital, where he was pronounced dead.

He was identified by family members as Matthew Travis Palacios.

The truck kept on going and was last seen heading north on the Willis Avenue Bridge. It is not yet clear whether the driver realized that someone had been hit.

Police are reviewing video of the crash. So far there have been no arrests.

27 bicyclists have now been killed in New York City this year.