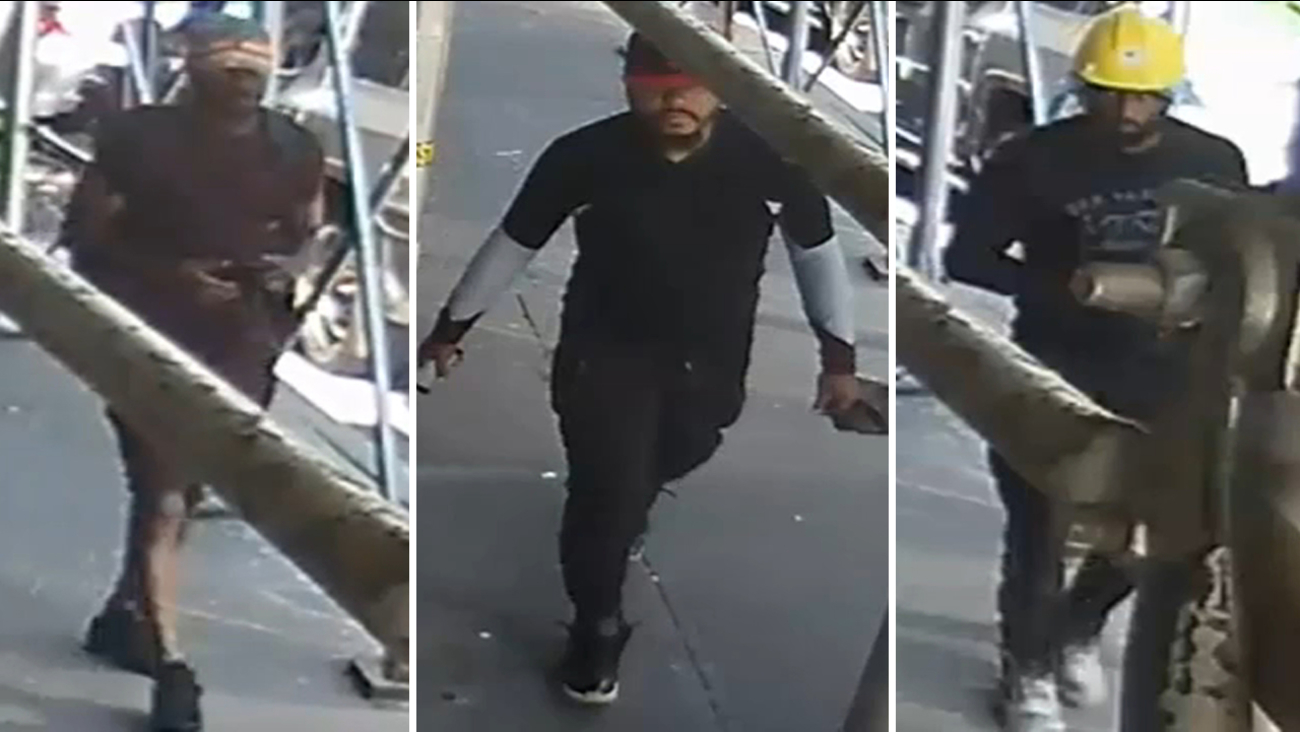 MOUNT HOPE, Bronx (WABC) -- Police have released new surveillance images of the men wanted in a terrifying Bronx home invasion in which a man was robbed at gunpoint.

Officials say three suspects busted through the locked apartment door of a 27-year-old man in the Mount Hope section on June 30.

The suspects then proceeded to strike the victim with a firearm and tie him up before getting away with nearly $8,000 worth of jewelry, electronics and other valuables, according to police.

The first suspect is described as being approximately 25 to 30 years-old, approximately 5'6", 200 pounds and was last seen wearing a long sleeve black shirt, black pants, black shoes and a black/red Chicago Bulls hat.

The second suspect is described as being approximately 25 to 30 years-old, approximately 6'0", 200 pounds and was last seen wearing a short sleeve black shirt, black shorts, black shoes, a green/red multi-colored hat and a black backpack.

The third suspect is described as being approximately 25 to 30 years-old, approximately 5'10' and 180 pounds. He was last seen wearing a long sleeve black shirt, black pants, dark boots, a yellow construction hat and was last seen carrying a white plastic bag.