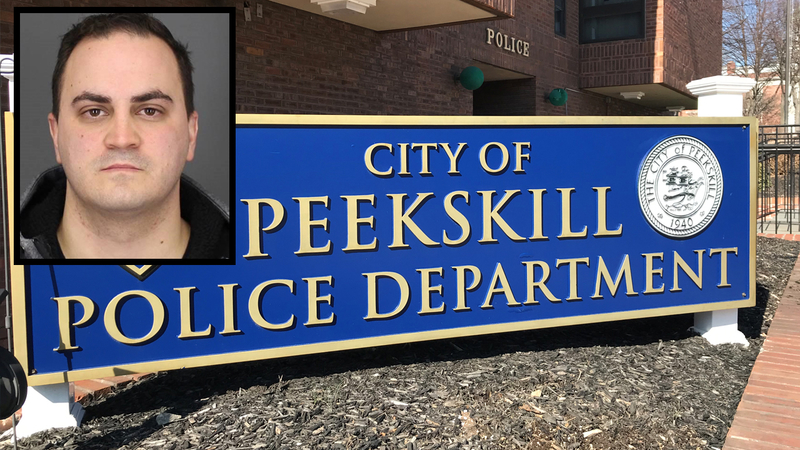 PEEKSKILL, New York (WABC) -- A police officer is under arrest, charged with repeatedly sexually abusing a woman while supposedly investigating a theft in Westchester County.

Peekskill Officer Michael Agovino was charged over the weekend after an investigation and audio recording supported the allegations made by the 33-year-old victim.

According to a criminal complaint, Agovino, 33, first contacted the woman in July to say he was investigating whether she had stolen money, which she denied. Westchester County District Attorney Anthony Scarpino says there is no evidence she committed the crime.

After initially meeting the woman in a public place, Agovino told her to take him to her home so he could look for stolen money, then instructed her to strip once they were in her apartment, according to the complaint.

"Fearful of his authority, the fact that he was armed and that he might hurt her," she removed her clothes, and he groped her breasts, the complaint said.

Agovinio is also charged with burglary.

"The Peekskill Police Department is, you know, I never had any problems with them," Peekskill resident Sharon Grant said. "You know, but there is always one in every bunch."

On Facebook, Peekskill Mayor Andre Rainey said the incident is an embarrassment to the police department and the entire city.

Agovino has been placed on administrative leave.

"I consider this a bad apple," Peekskill resident Adia Perez said. "I don't consider the police department is all corrupted."