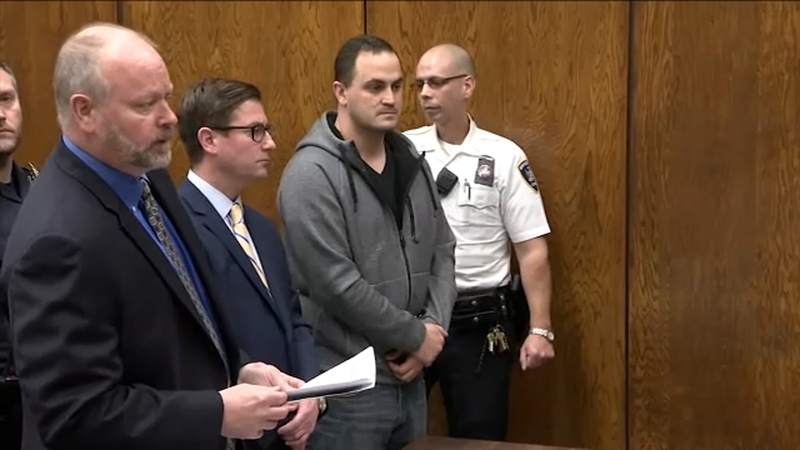 Peekskill Officer Michael Agovino, 33, is charged with stalking and sexually abusing a learning-disabled woman he was investigating.

Agovino, a 10-year veteran of the police force, was charged over the weekend after an investigation and audio recording supported the allegations made by the 33-year-old victim.

According to a criminal complaint, Agovino, first contacted the woman in July to say he was investigating whether she had stolen money, which she denied. Westchester County District Attorney Anthony Scarpino says there is no evidence she committed the crime.

After initially meeting the woman in a public place, Agovino told her to take him to her home so he could look for stolen money, then instructed her to strip once they were in her apartment, according to the complaint.
"Fearful of his authority, the fact that he was armed and that he might hurt her," she removed her clothes, and he groped her breasts, the complaint said.

In court, the victim's sister spoke out on Tuesday.

Agovino is due back in court on March 12.
(The Associated Press contributed to this report)