Report: Gun used in Staten Island NYPD shooting stolen from another officer in 2016 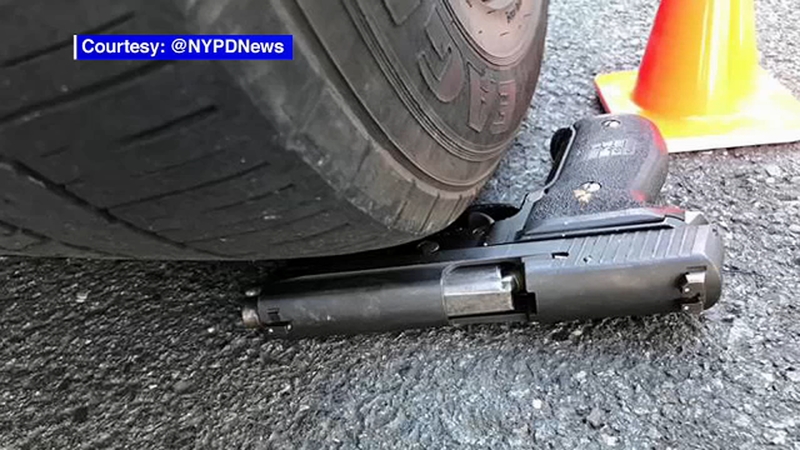 STATEN ISLAND (WABC) -- The gun used in the shooting that injured an NYPD officer on Staten Island was reportedly stolen from another police officer.

The gun used had a serial number matching a gun reported stolen from a Staten Island police supervisor in 2016.

Meantime, the officer shot, Vanesa Medina, has been released from the hospital.

Bagpipes played and a crowd applauded as she left the hospital.

She was wounded on Tuesday while arresting 39-year old Gregory Edwards on a domestic violence warrant.

Police say he shot at Medina and her partner.

Edwards was killed by police.