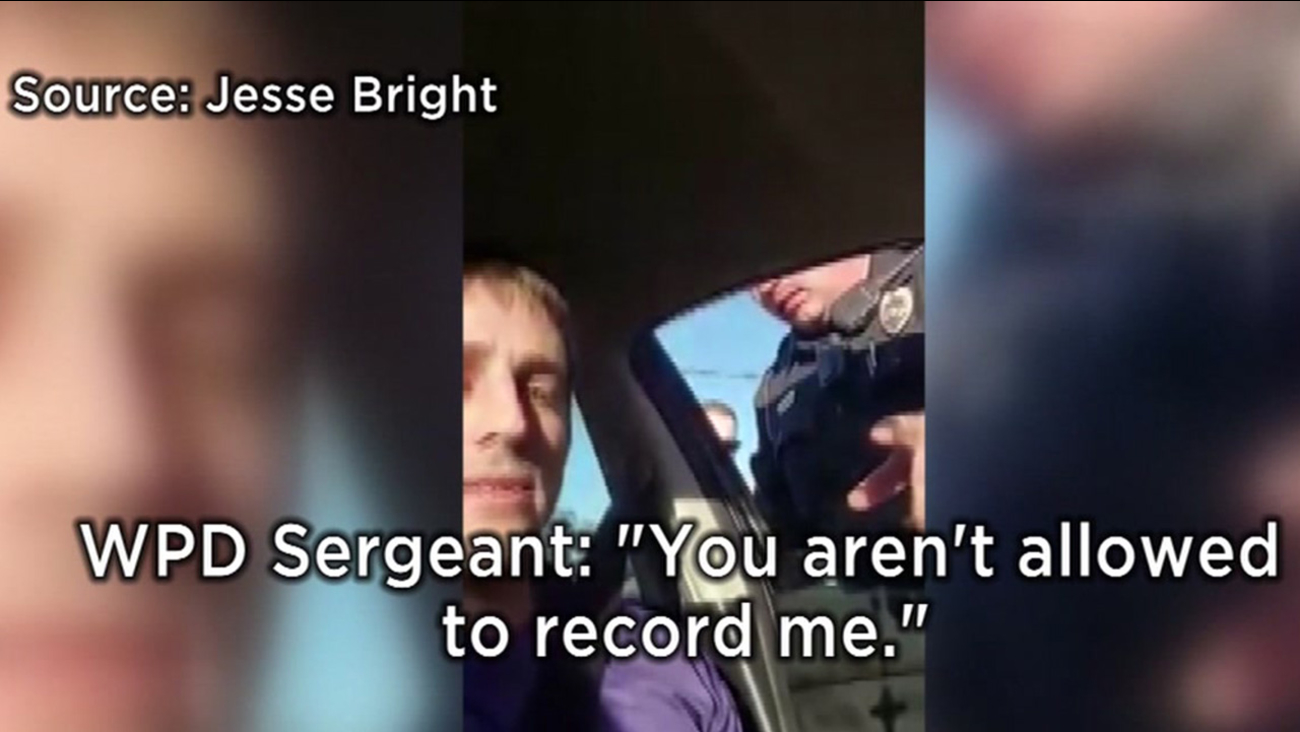 WILMINGTON, North Carolina (WABC) -- A North Carolina police officer has been demoted after he was caught on camera telling an Uber driver he could not record a traffic stop.