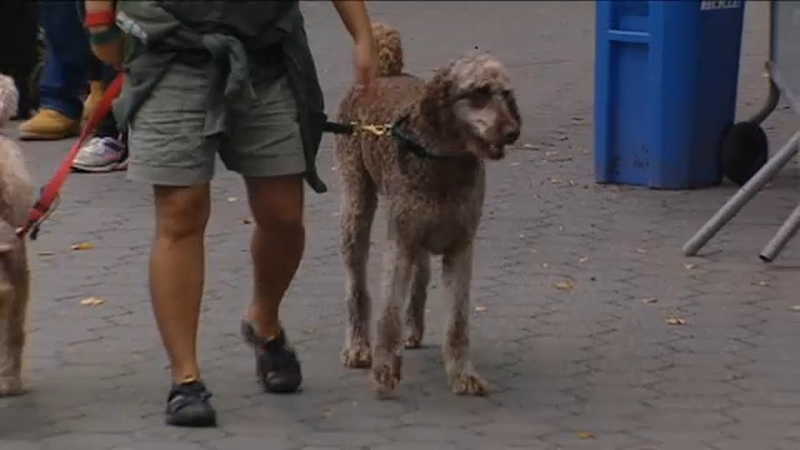 NEW YORK CITY (WABC) -- If you have noticed more dog waste along the populated streets of New York City, you are not alone.

Numerous people have noticed the impending problem, so much that the nasty messes have caught the attention of Mayor Bill de Blasio.

"The one thing I don't want to let them to do is have their dog do their business on the sidewalk and leave it there for everyone else to step in," he said. "That's the problem and so that's why we need some kind of new enforcement that could make a real difference."

De Blasio said that he plans to put together a "clean up" enforcement plan.

Others cities nearby have already taken action over this growing problem.

Residents of Hoboken, New Jersey, say that dog waste extends beyond the parks and into residential streets. The city has dispatched undercover officials to enforce any infractions they see, where fines can reach up to $1,000 for owners who don't dispose of the waste properly.

According to the mayor, New York City will follow suit if his administration can figure out how to pay for it.