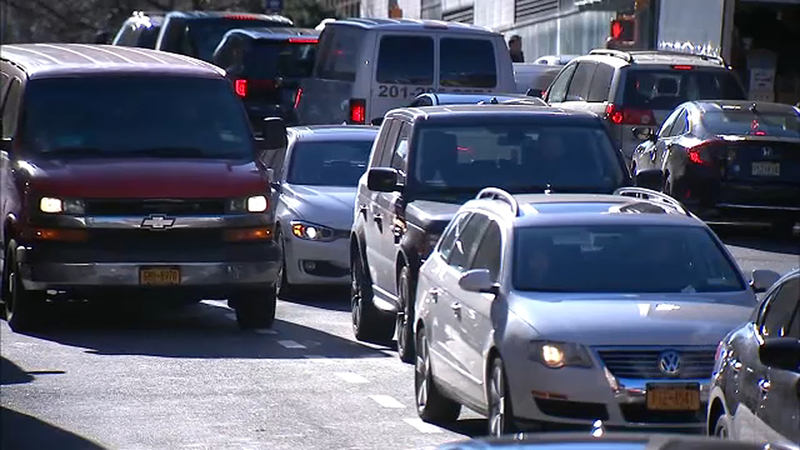 ALBANY, New York -- New York's Democrat-controlled Legislature on Sunday passed a statewide ban on single-use plastic bags and expected to approve tolls for driving into the busiest sections of Manhattan starting in 2021 as part of a $175.5 billion state budget agreement worked out with Gov. Andrew Cuomo.

The Assembly and Senate passed the plastic bag ban legislation Sunday afternoon to start what was expected to be an all-day session that could spill into early Monday, when the spending plan for the 2019-2020 state fiscal year is due to be in place.

Other agreements in the budget include the closure of up to three yet-to-be-determined state prisons, eliminating cash bail for misdemeanor and non-violent felony arrests, a permanent, annual 2 percent cap on local property taxes, and another $1 billion for public education.

"I am proud to announce that together, we got it done," Cuomo said in a joint statement announcing the plastic bag ban and other budget agreements with fellow Democrats Andrea Stewart-Cousins, the Senate majority leader, and Carl Heastie, the Assembly speaker.

In an agreement reached earlier last week but not officially announced until Sunday, most single-use plastic bags provided by supermarkets and other stores will be banned statewide starting March 1, 2020. Individual counties will have the option of charging 5 cents for paper bags, with 2 cents going to local governments and 3 cents to the state's Environmental Protection Fund.

New York would be just the third state with a statewide ban. California's ban has been in place since 2016. All of Hawaii's counties ban plastic bags but it's not a state-mandated ban.

Major issues that didn't make it into the spending plan include legalization of recreational marijuana. Cuomo and legislative leaders have said the issue was too complex to rush into the budget. Instead, it could be handled in separate legislation worked out over the last three months of the legislative session, scheduled to end June 19.

The Manhattan tolls plan known as congestion pricing will be the first of its kind in the nation. State leaders said a review board will determine the toll amount, exemptions and credits for drivers headed into the borough's central business district. The billions the tolls are expected to raise will go toward fixing New York City's ailing mass transit system.

The state budget also will include two other dedicated revenue sources for the subways: a "mansion tax" on Manhattan homes that sell for $25 million or higher, and an internet sales tax levied on retailers who sell merchandise online.

The funding streams for the Metropolitan Transportation Authority include a reorganization plan and other reforms Cuomo has demanded for the agency that runs the city's buses, subways and commuter trains.

In addition to eliminating cash bail for some charges, other criminal justice reforms include requiring prosecutors and defense lawyers to share all case information well in advance of trials, and speeding up the time it takes for a case to go to trial.

The budget agreement also establishes a state commission that will come up with a system for public financing of legislative and statewide offices, with up to $100 million in taxpayer funds authorized annually for such a system.

Cuomo and legislative leaders also agreed to legislation that would allow three hours of paid time off for New Yorkers to vote on Election Day and expand voting hours upstate in primary elections to begin at 6 a.m. instead of noon to match general election hours.